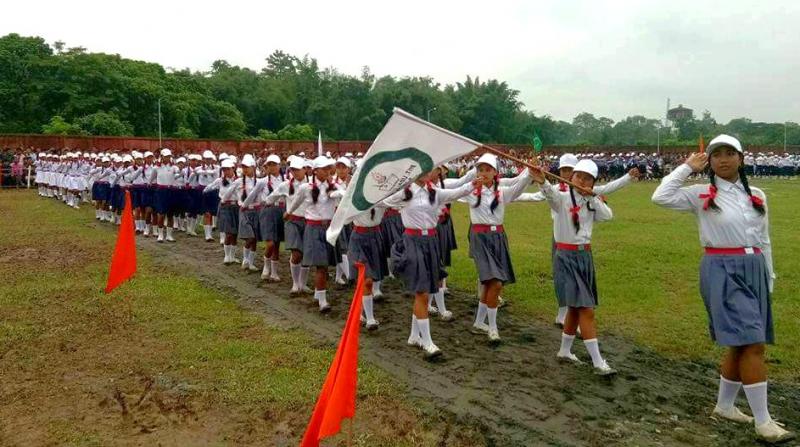 The 71st Independence Day of the country has been celebrated at various places in Bhergaon sub-division with gaiety.

At Kalaigaon: Ritottam Bora,AC,Udalguri hoisted the tricolor at Gandhi Bakori playgoound at Kalaigaon in presence of hundreds of people.On the occasion he paid homage to all who had sacrificed for the cause of India's freedom.He specially mentioned name of a few Freedom Fighters of Kalaigaon including late Pani Ram Das and Bongshidhar Sarma who had spend several years term in British prison.March Past and other cultural events were also organized.Three persons namely-Basundhar Deka, Lokeswar Deka.Saru Nath and two students namely Anjana Nath and Seema Sarma were felicitated for their excellence in respective fields.

30 Sep 2015 - 7:52pm | AT News
Chief Minister Tarun Gogoi has arrived in Guwahati a dayafter he was taken ill in Tinsukia. Gogoi, who cancelled three public meeting in the upper Assam district on Wednesdayis being attended bya...