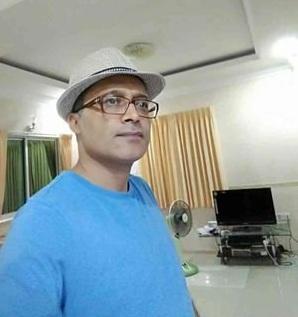 Yangon based journalist & scholar Bidhayak Das will attend an interactive session with scribes at Guwahati Press Club on 4 August, Friday. The session under the series of ‘Meet the Press’ programs at the press club premises will start at 3 pm and conclude by 5 pm. Hailed from northeast India, Das will speak about the present socio-political scenario of Myanmar, also known as Brahmadesh.

The story of democratic transition following the November 2015 historic elections in the country, which brought hopes of positive changes all over South East Asia and the Northeast, has been marred by some very unfortunate developments of late. Continuous arrests of journalists, spread of communal violence, religious intolerance, suppression of the Rohingya Muslim minorities and a faltering peace process has dominated the socio-political landscape during the past one year.

The situation in Myanmar assumes great significance for India, especially our region. It forms not only the most strategic link to the Act East Policy of the Union government, but a restive Myanmar would always offer fertile grounds for vested interests to invest in cross border militancy, drugs & human trafficking etc.

However, what also assumes significance is to monitor the Chinese activities in our neighboring country. China may not want to keep the pot boiling any more, especially as if it does that there is every chance that it may backfire on its ambitious ‘One Belt One Road,’ plans, which it cannot afford at least at this stage. To provide an insight into the recent developments and how things would unfold in the days ahead, the session titled Reversals in Democratic Transition in Myanmar:

Cross Border Impacts,” has been organized. The member-journalists are requested to participate in the program and interact with Das, who had spent not less than ten years in that country.

15 Jun 2014 - 7:46am | AT News
The crisis that cripples the Congress legislature party is set to end very soon. The dissident ministers and MLAs seem to have climbed down after holding a series of meeting on Saturday....

1 Apr 2010 - 11:37pm | editor
The University of Columbia will conduct a study on the health and hygiene in in Morigaon district of Assam. Inaugurating a nursing training centre under the National Rural Health Mission on...