Understanding the gravity of illegal Bangladeshi migrants in Assam, a northeast India based patriotic people’s forum urges the Union government in New Delhi to think about offering work permits (without voting rights) to some of them in case their deportation becomes impossible because of serious humanitarian & international crisis.

Reiterating its old stand for 1951 as the cut-off year to detect all immigrants from the then East Pakistan and later Bangladesh to the State, the Patriotic People’s Front Assam (PPFA) also appealed to Sarbananda Sonowal led government at Dispur to support the 1951 as base year in the Supreme Court of India, as the case is presently in the apex court’s jurisdiction.

“Considering the spirit of Assam Movement (1979 to 1985) to deport all foreigners with 1951 base year, for which over 850 martyrs-Khargeswar Talukder being the first, sacrificed their lives, the PPFA found reasons to support the same,” said a statement issued to the media outlets.

The forum pointed out that the immigrants who entered India after 1951 till 16 December 1971 should be treated as East Pakistani nationals, as Bangladesh emerged as a sovereign nation only after 16 December (not 25 March 1971 as often reported in Indian media outlets) following the surrender of Pakistani forces under the leadership of AAK Niazi to the Muktijoddhas (forces of Bangladesh freedom struggle). Arguing strongly to deport the immigrants from Bangladesh, who came after 16 December 1971, the forum urged the Union government to start diplomatic exercises with the Bangladesh government in Dhaka. It also expressed hope that a friendly regime in Dhaka would respond to New Delhi’s worries positively and timely.

In another aspect, the forum commented that once the citizenship amendment bills are duly passed in the Parliament, all the Hindu, Buddhist, Christian refugees should be rehabilitated with equal distribution across the country. Among them, those who prefer to stay legally in Assam should adopt Assamese language as their medium of instructions, asserted the statement.

“Adopting Assamese language as the medium of instruction by those settlers would help in promoting the Assamese culture and thus contributing for a stronger and safer India. It will also help removing the linguistic threat perception to the indigenous populace of the State,” opined the statement endorsed by Rupam Barua, Pramod Kalita, Jagadindra Raichoudhury, Ujjal Saikia, Bidhayak Das, Kishour Giri, Dhiraj Goswami, Mridul Chakrabarty etc.

18 Sep 2014 - 5:49pm | AT News
A specific mechanism has to be there to ensure sustainable development keeping in mind the rural economy, said Dr Abani Bhagawati.Participating in the round table conference in Guwahati on Thursday,...

22 Mar 2014 - 10:30pm | Dhrubajyoti Hazarika
The Assamese film industry has come of age. Courtesy Prag Channel.The state’s first ever TV news channel scripted history on Saturday when it organized a cultural extravaganza to give away... 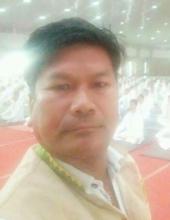