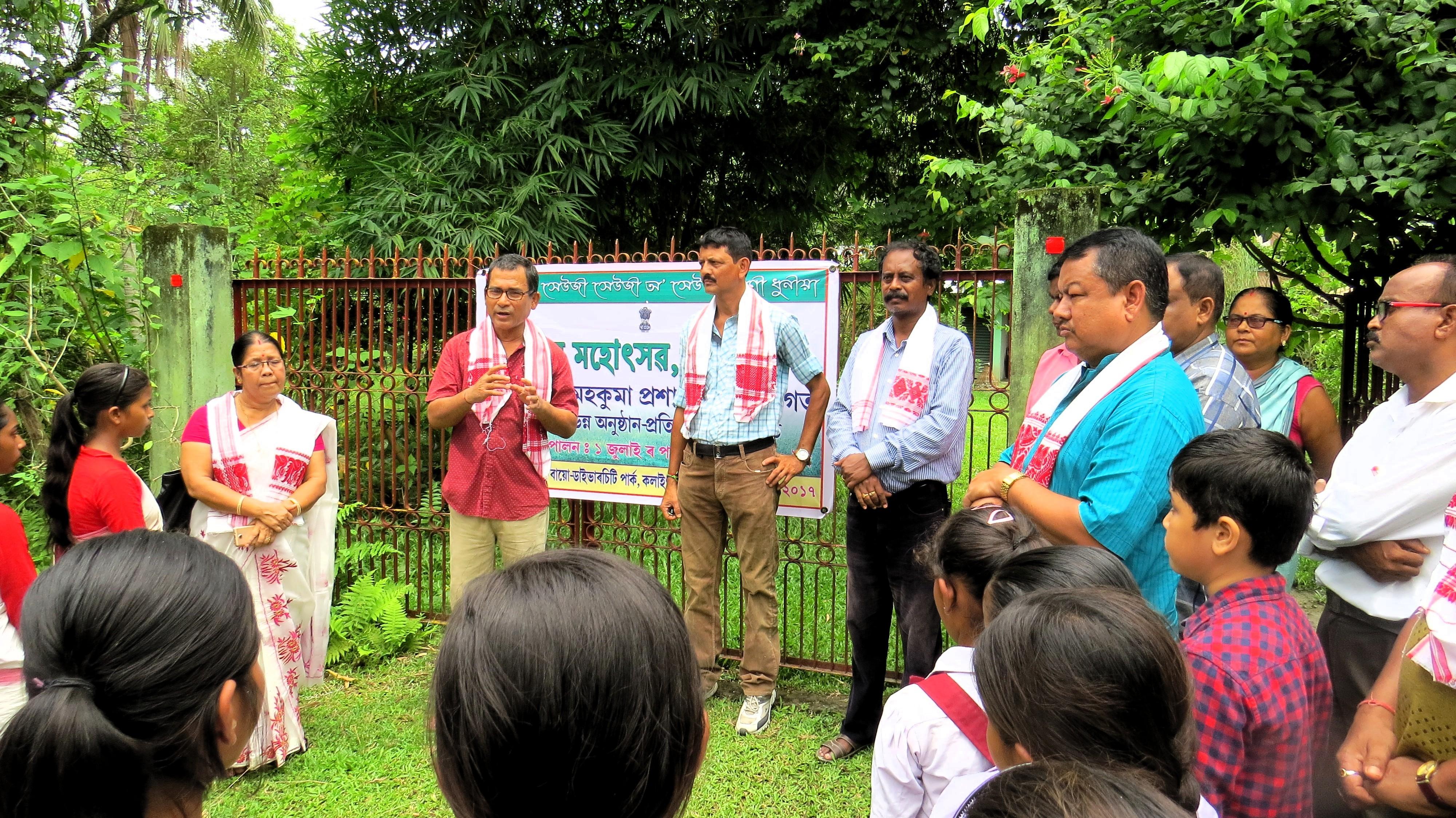 The civil administration of Bhergaon sub-division has launched week long celebration of Van Mahotsav in Bhergaon sub-division from July 1.The inaugural programme was held at Kanak Lata Das Bio-diversity Park at Kalaigaon on July 1 at 9 am.DN Hazarika, ADC, Udalguri cum SDO (Civil) I/C, Bhergaon sub-division formally inaugurated the series of plantation and awareness drive at the bio-diversity Park situated at picturesque Kalaigaon Sevashram in presence of several hundred students,teachers,officials and public.While speaking on the occasion,ADC Hazarika narrated the history of construction of Kanak Lata Das Bi0-diversity Park.He proudly mentioned the contribution of Freedom Fighter late Pani Ram Das of Kalaigaon who had donated 35 bighas of land for the construction of the park in the memory of his wife,noted social worker and Gandhian follower late Kanak Lata Das in 2007.He also thanked the people who had been working relentlessly for the conservation of flora and fauna of the locality.He specially requested students for taking up the job of protecting nature and wildlife in their respective areas.Wildlife activist Jayanta Kumar Das spoke on the need for creating awareness among people specially among students and children so as to protect and conserve bio-diversity for smaller animals,birds,reptiles- like snakes,monitor lizards,butterflies,insects etc.He also said that unless people start conserving smaller plots of lands with wild grass or creepers,insects, frogs,butterflies etc would be disappear causing severe damage to bio-diversity.Maheswar Boro,MLA,Kalaigaon attending the inaugural ceremony as the chief guest thanked Bhergaon civil administration for the unique inauguration of the Van Mahotsav week at Kalaigaon.He specially mentioned that smaller animals or birds like owls, kites,snakes,frogs,earth worms etc were most necessary for maintaining a good natural balance,otherwise of which the human population would suffer most.Several hundred saplings were planted at the bio-diversity park premises, beside distribution among students and teachers.Several distinguished people of the subdivision including Manoj Bania,BDO,Kalaigaon Block;Binu Deka,Head Mistress of Kalaigaon Girls HS;Basanta Deka,Principal,Lokapriya Bordoloi Public School, Kalaigaon; officials of forest department,Udalguri,ROSS NGO,Tangla etc.It needs mentioning that Bhergaon civil administration will continue organizing week long celebration of Van Mahotsav at Tangla on July 2;Khagara HS,Khoirabari on July 3;at all offices of the sub-division on July 4; Khagrabari Janata HS on July 5;at Kacharital HS on July 6 and finally at Khalingduar Reserve Forest on July 7 where selected students from all the places mentioned will be taken to deep inside forest for real knowledge of wildlife and nature. 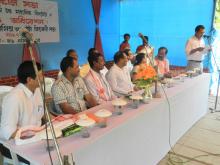 29 Apr 2013 - 5:40pm | Jayanta Kumar Das
“It is very much important to give priority to woman education in India. Only educated good mothers can contribute for a good society”, so said Thaneswar Malakar, Deputy Commissioner, Udalguri...

21 Nov 2014 - 8:17am | AT News
Security forces are fanning in the nook and corner of Chamdang Tea garden area in search of the militants who exploded a powerful grenade in the wee hours. Immediately after the explosion police and...