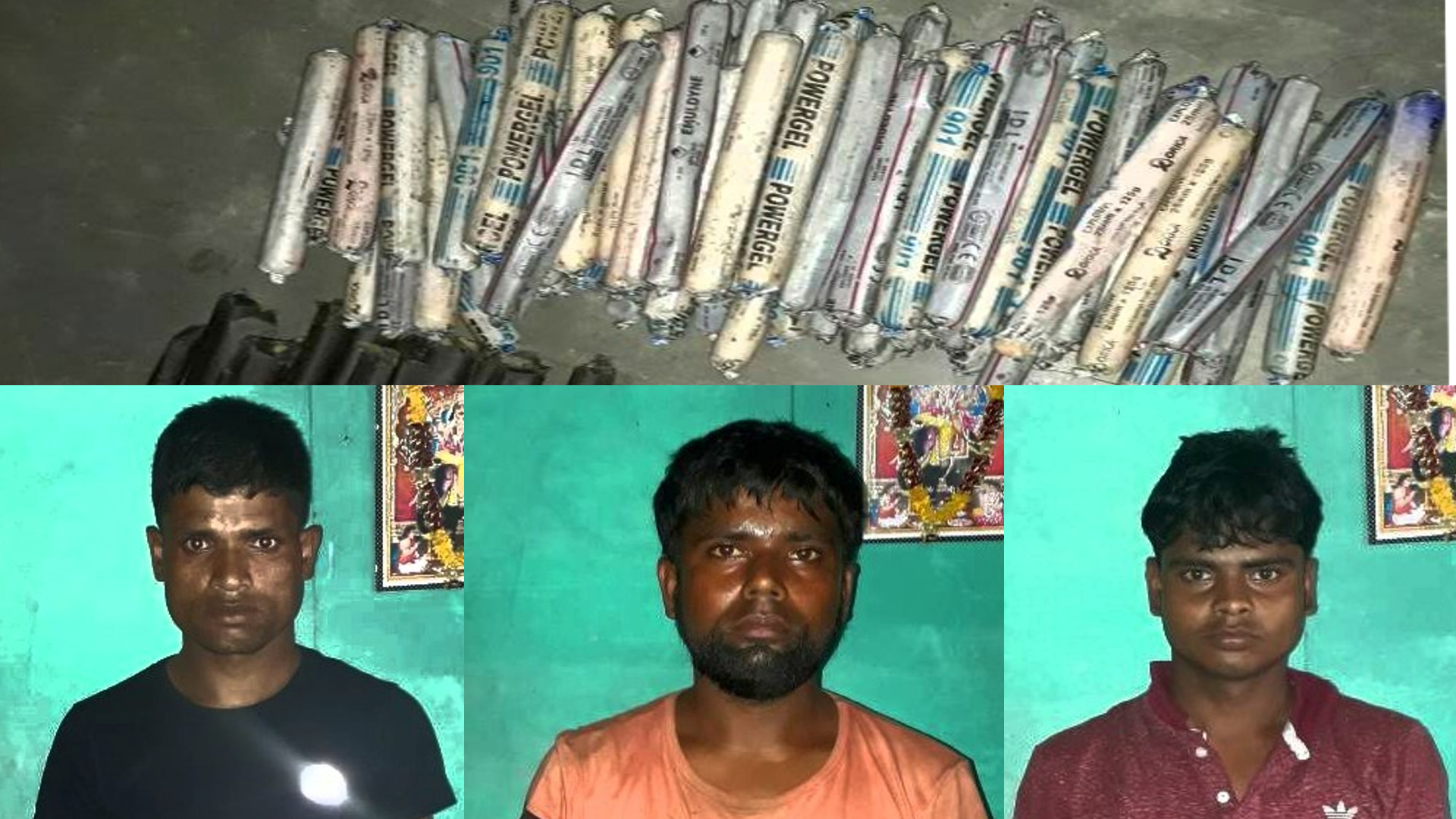 The recent recovery of huge numbers of gelatin sticks from three persons at Rowta in Udalguri district has alerted police and civil administration.

According to information, acting on a tip off, Udalguri police apprehended three persons namely-Najumullah, Moidul and Fajar Ali at Rowta,under Rowta police station along with 105 numbers of highly explosive gelatin sticks from their possession on June 27.

When asked about their links to any jihadi organisation, Rajveer Sing, Superintendent of police Udalguri told media that the persons were not directly involved with any extremist organization.People suspect that they could have been working as vendors supplying gelatin sticks or any other explosive materials like detonators etc at good prices.It needs mention that gelatin sticks and detonators have been used mostly by PWD or other government departments for construction purposes and the laborers somehow managed to steal some explosives to be sold to extremists organizations. Police action has been welcomed by people.

14 Sep 2015 - 7:51am | AT News
The National Investigation Agency has summoned ULFA chairman Abhijit Hazarika in connection with a case registered against him. In a letter, the country’s terrorist activities investigation agency...