Global Wind Day is observed on 15th June to raise awareness of the potential of wind power for future energy systems and the opportunities for growth and employment.Wind Day, as it was known until 2009, was first organised by the European Wind Energy Association in 2007 and is currently coordinated by WindEurope and the Global Wind Energy Council (GWEC) and various national associations.

Wind energy is important for decarbonization of economies as unlike fossil fuels, itis clean, produces no greenhouse gas emissions during operation, consumes no water, and uses little land. Wind power is plentiful, renewable, widely distributed and has the potential to exceed current global energy requirements forty times over.

A GWEC reportin April asserts that wind power could generate 20 per cent of global electricity by 2030, with installed wind power capacity of 2110 gigawatts (GW). An increase in wind capacity would also create up to 2.4 million new jobs and help reduce carbon emission by 3.3 billion tonnes a year. 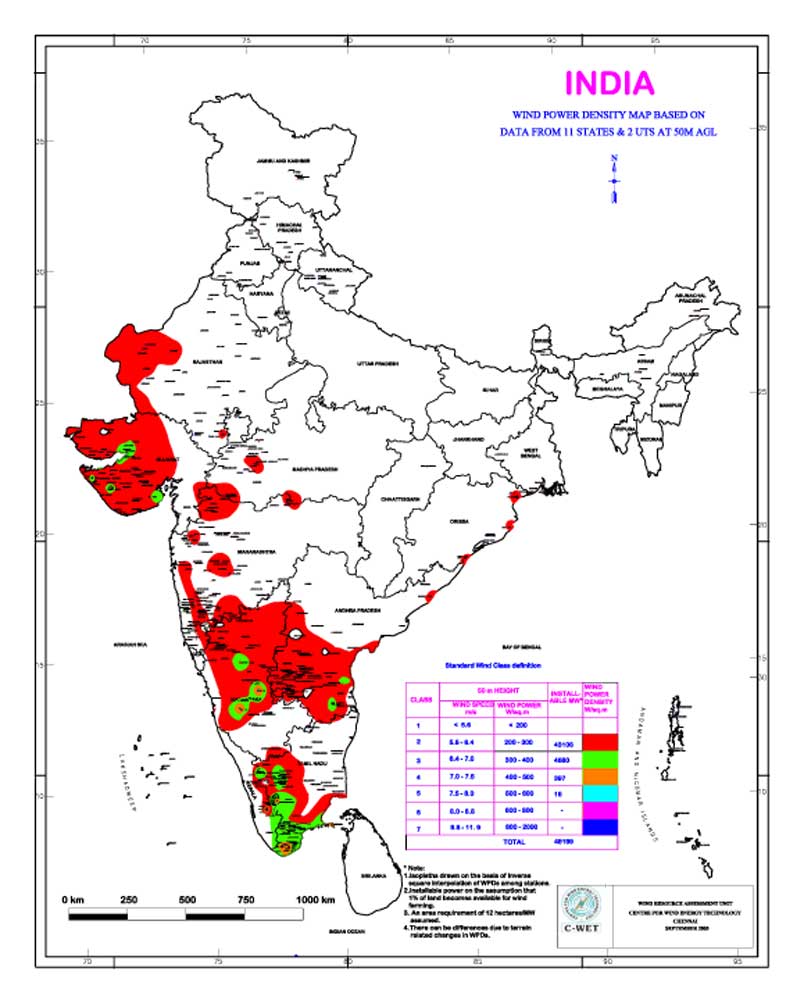 China and India were the top nations with new wind power in 2016, accounting for a major share of 54 GW installed across 90 countries worldwide. Last year wind accounted for 44 per cent of all new power installations in Europe and onshore wind energy is now the cheapest form of new power generation.

In the beginning of 2017, Dutch railway company NS announced that all public transport trains in the Netherlands now run on 100 per cent renewable wind power. The train network requires 1.2 billion kWh of electricity annually and this pioneering initiative is expected to inspire similar action across the world.

During 2016-17, India added a record 5,400 megawatts (MW) of wind power, exceeding its 4,000MW target, but there is huge gap in terms of the commitments made at the Paris Agreement. Andhra Pradesh, Gujarat, Karnataka, Madhya Pradesh, Rajasthan, Tamil Nadu, Maharashtra, Telangana and Kerala are among the top states with installed wind power capacity.

India is committed to a renewable energy revolution and looks to solar and wind power for driving economic growth.At the Paris Agreement, India had declared an ambitious target of 175 GW of renewable energy by 2022, including 60 GW from wind power. Wind power is currently the major component of the renewable energy sector, contributing over half of the 50000 MW installed capacity in the country.According to government estimates, the onshore wind power potential alone is about 302GW. The National Offshore Wind Energy Policy has been set up to harness wind power along the vast coastlinethat extends to 7600 kilometres.Wind power has arrived and along with solar, set to hasten the end of dirty energy.

14 Jan 2013 - 5:19pm | AT News
Aaranyak has expressed its deep concern at the continued poaching of rhinos in different parts of Assam. In first two weeks of the new year already rhinos are poached in Kaziranga, Orang and Manas NP...

5 Feb 2009 - 4:28pm | editor
There is report of a simmering tension in North Lakhimpur district as two Pakistani flags were seen flying in two interior areas on Wednesday. Confirming this, police officials told reporters that...

7 Jan 2017 - 9:52am | Shajid Khan
A 15-days-long international trade fair has been organised at Indo-Bhutan border area town of Udalguri district Dimakuchi from January 1. Hundreds of people of neighbouring area are thronging the...