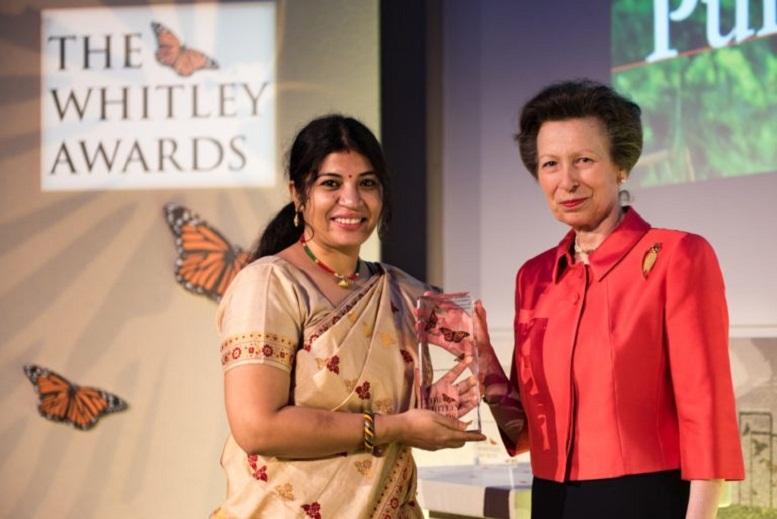 The annual Whitley Awards are a celebration of successful conservation leadership from across the globe and each of the winners receive £35,000 in project funding to help scale up their work. The prestigious ‘Green Oscars’ recognize effective local conservationists from bio-diversity rich, resource-poor countries spearheading innovative work to save endangered wildlife and benefit local communities.

This year, the award recipients include two Indians among six conservationists chosen from 169 applicants from around the world. The awardees this year have been chosen for their exemplary leadership in conservation projects, ranging from saving the Greater Adjutants in Assam, extending the protected area network of Royal Bengal Tigers in Karnataka, protecting the Harpy Eagle across South America, protecting the nesting grounds of the Critically Endangered Philippine cockatoo, grassland conservation with local communities in South Africa and promoting coexistence of the Spectacles Bear and people in Bolivia.

The Whitley Gold Award for 2017 was won by Zafer Kizilkaya, a 2013 Whitley Award winner from Turkey, for his conservation project “Guardians of the sea: securing and expanding marine reserves along the Turkish coastline”. The Whitley Gold Award is given to an “exceptional Whitley Award alumnus for outstanding contribution” and includes £50,000 in project funding donated by The Friends and Scottish Friends of the Whitley Fund for Nature.

Ms Purnima Barman from Aaranyak, a NGO based out of Assam, India was the winner of the Whitley Award donated by The Shears Foundation in memory of Trevor Shears, for “Inspiring women to protect Assam’s Greater Adjutant and its wetland habitat.”

Mr. Sanjay Gubbi from the Nature Conservation Foundation was the winner of the Whitley Award donated by WWF-UK, for “Reducing deforestation in Karnataka’s tiger corridors, India.”

Ms Indira Lacerna-Widmann from the Katala Foundation was the winner of the Whitley Award donated by Notting Hill Preparatory School, for “Partnering with prisoners to safeguard the Critically Endangered Philippine cockatoo.”

Ms. Ximena Velez-Liendo from WildCRU and a Chester Zoo Conservation Fellow was the winner of the Whitley Award donated by the Savitri Waney Charitable Trust, for her project “An uphill climb: enabling coexistence of Andean bears and farmers in the Bolivian mountains.”

Mr. Ian Little from the Endangered Wildlife Trust was the winner of the Whitley Award donated by the Garfield Weston Foundation, for his project “Custodians of South Africa’s threatened grassland biodiversity.”

Mr. Alexander Blanco from the Harpy Eagle Conservation Program was the winner of the Whitley Award donated by the William Brake Charitable Trust in memory of William Brake for his project “Nest protectors: conserving Venezuela’s magnificent harpy eagles as a rainforest flagship.” 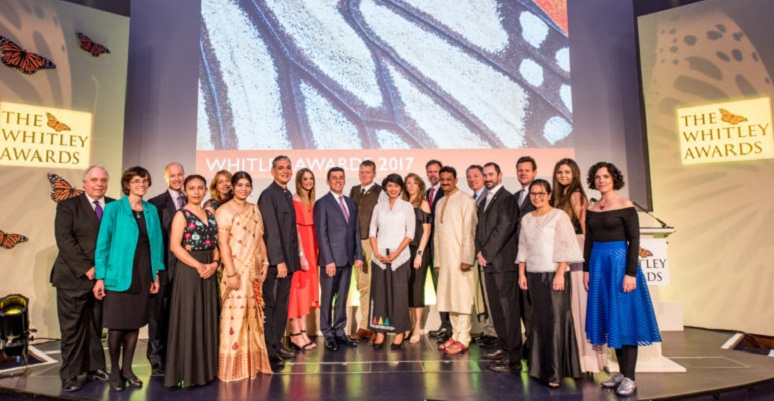 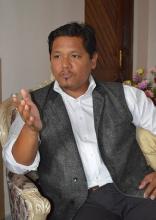