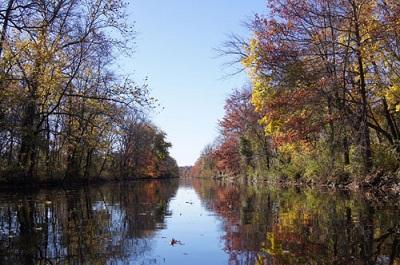 The widely anticipated US withdrawal from the Paris Agreement was announced by President Donald Trump as promised during his election campaign and seeks to undermine the gains of the climate change agreement. Although expected, environmentalists and world leaders were harboring a faint hope that the US would not shirk from its responsibilities and accountability of being the largest emitter of greenhouse gases in history.  With this announcement, President Trump has surrendered leadership of the environmental movement, with the US now joining Syria and Nicaragua as the only countries outside of the global agreement. This is not the first time that the US has tried to disrupt global climate action; President George W Bush had spectacularly failed in his attempt to block global action on climate change and history is destined to repeat itself gloriously.

The announcement evoked condemnation from around the world, but the defiance within the US has been unprecedented. Within hours of the declaration, several American governors, including those of California, New York and Washington, and over 60 mayors vowed to continue to honour the goals of the accord to reduce global warming. Tesla founder Elon Musk and Disney’s Robert Iger quit the president’s high-powered business advisory panel after the pull-out decision. Apple, Google, Twitter, Amazon, Facebook, Tesla, Microsoft and IBM are among influential technology leaders to have expressed resentment at President Trump’s decision.

Former US President Barack Obama, one of the key architects of the Paris Agreement said that the US had joined “a small handful of nations that reject the future.” He also hoped US states, cities and businesses “will step up and do even more to lead the way, and help protect for future generations the one planet we’ve got”. European leaders quickly dismissed the US President’s contention that the Paris climate accord can be renegotiated for better terms to suit American interests.

Former UN Secretary General Kofi Annan, a key contributor during the Paris Agreement negotiations said, “Climate change is the great existential threat of our time. The Paris Agreement was born out of effective multilateralism and a desire to find a cooperative solution to a global problem. No one country can dismantle the Agreement. While the US withdrawal weakens that international accord, it will not trigger its demise.”

Commentators have been quick to point out that the US has more to lose than the climate agreement from this pull-out decision. Many have called it a symbolic gesture to appease the coal country constituents that were instrumental in the election of President Trump. The booming renewable energy sector is driven by plummeting cost of renewables, and even within the US, states, cities, businesses and individuals are leading the transition to a green economy. With the withdrawal decision, the US has effectively surrendered its place at the global negotiation table. There is no dearth of leadership and China, India, and the EU have already demonstrated during the past few months that they are committed and capable of steering the world in environmental action.

Nobel laureate and former US Vice President Al Gore summed up the mood of the American people- “Removing the United States from the Paris Agreement is a reckless and indefensible action. It undermines America’s standing in the world and threatens to damage humanity’s ability to solve the climate crisis in time. But make no mistake: if President Trump won’t lead, the American people will. Civic leaders, mayors, governors, CEOs, investors and the majority of the business community will take up this challenge. We are in the middle of a clean energy revolution that no single person or group can stop. President Trump’s decision is profoundly in conflict with what the majority of Americans want from our president; but no matter what he does, we will ensure that our inevitable transition to a clean energy economy continues.”

The White House’s decision doesn’t change things for the 194 other parties to the Paris Agreement and at last month’s G7 meeting, President Trump was isolated as Canada, France, Germany, Italy, Japan, and the UK publicly reaffirmed their “strong commitment to swiftly implement the Paris Agreement. There is another consideration that renders this decision ineffective. Technically, the US can’t leave the Paris Agreement until three years after the accord officially went into effect. So, the earliest possible date for the US to truly withdraw is November 4, 2020, which, ironically, is one day after the next presidential election. That also leaves room for further ambiguity on the issue.

28 Sep 2013 - 10:04am | AT News
A grenade explosion seems to have oozed no less panic in Diphu during the 24-hour long KNLA-sponsored Karbi Anglong bandh on Friday.The explosion took place beside a petrol pump at the Manja Market... 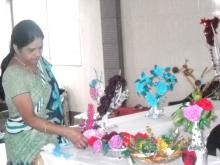 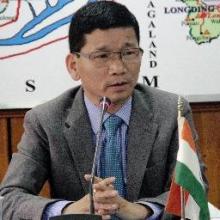 I have the numbers: Pul

13 Jul 2016 - 3:54pm | AT News
Hours after the Supreme Court ordered the immediate restoration of the Nabam Tuki Government in Arunachal Pradesh, Kalikho Pul claimed to have enough strength of numbers to retain in the hot seat....