The inspiring stories of the 6 ‘Green Nobel’ winners 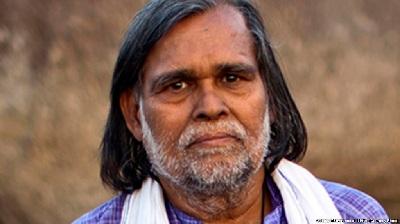 Prafulla Samantara, who led a historic 12-year legal battle that affirmed the indigenous Dongria Kondh's land rights and protected the Niyamgiri Hills from a massive, open-pit aluminium ore mine, won the prestigious Goldman Environmental Prize for 2017. The 65 year old activist from Odisha was one of the 4 anti-mining activists among the winners of the ‘Green Nobel’ awarded annually to people from six global regions for outstanding grassroots conservation.

The Goldman Environmental Prize was established in 1989 by American philanthropists Richard and Rhoda Goldman to recognise individuals for sustained and significant efforts to protect and enhance the natural environment. The past winners from India are Medha Patkar (1992), M.C.Mehta (1996), Rashida Bee & Champa Devi Shukla (2004) and Ramesh Agarwal (2014).

The recipients of the annual awards are selected in a confidential process by an international jury and winners are announced on every Earth Day, followed by award ceremonies in San Francisco and Washington D.C. In addition to a monetary prize, Goldman Prize winners each receive a bronze sculpture called the Ouroboros, depicting a serpent biting its tail, a symbol of nature’s power of renewal.

The award for Prafulla Samantara comes just days after a Ministry of Home Affairs report branded the  Niyamgiri Suraksha Samiti, one of the organizations that oppose the mine, as a Maoist front organization. He is not the only present or past winner facing hostilities from vested interests while devoting themselves for the cause of the environment.

Rodrigo Tot, who has won the award for the South and Central American region, is an anti-mining activist who has faced immense personal persecution for his activism. An indigenous leader in Guatemala’s Agua Caliente, Rodrigo Tot led his community to a landmark court decision that ordered the government to issue land titles to the Q’eqchi people and kept environmentally destructive nickel mining from expanding into his community.

The honour for the 60-year-old farmer and activist comes after two previous Latin American winners were murdered in the last one year. Honduran Goldman Prize winner Berta Caceres was killed in March 2016 and in January this year, another awardee Isidro Baldenegro was brutally murdered in Mexico.

The success for Rodrigo and his people came at enormous personal cost and one of his sons was killed and another grievously injured in an attack on a passenger bus that was passed off as robbery. The fight is not over yet for Rodrigo and he continues to fight the mining company and security forces while the case is being reviewed by the Inter-American Commission on Human Rights.

A former child soldier Rodrigue Katembo, of the Democratic Republic of Congo has won the award from Africa. Rodrigue went undercover to document the nexus between the oil company SOCO and officials, unearthing a trail of bribery and corruption that was featured in the 2014 documentary film Virunga, resulting in public outrage that forced SOCO to withdraw from the project.

Rodrigue, 41, is a serving park ranger in one of the most violence prone regions. Although Virunga is the oldest national park in Africa and a World Heritage Site, it is at the heart of the region’s military conflicts. In the last decade and half, at least 160 park rangers have been killed in conflict with armed rebels and poachers, and Rodrigue himself was arrested and tortured for 17 days in September 2013.

The 2017 winner from North America goes by the unusually spelt name mark! Lopez. The activist persuaded the state of California to provide comprehensive lead testing and clean-up of homes in Los Angeles contaminated by a battery smelter of Exide that had polluted the community for over three decades. Taking on one of the biggest battery manufacturers in the world, Lopez built so much popular support that the Governor of California was forced to commit $176.6 million to decontaminate homes, one of the largest environmental clean-ups in history.

The oldest and only woman winner for 2017 is Australian Wendy Bowman, chosen from Islands and Island Nations of the world. The 83-year-old resident of Camberwell, lives in the middle of coal country surrounded by mines on three sides.  Forced to relocate twice because of coal mining, she won a landmark court decision and stopped a powerful multinational mining company from taking her family farm and protected her community in Hunter Valley from further pollution and environmental destruction.

This year’s winner for Europe is Uroš Macerl, a 48 year old organic farmer from Slovenia who successfully stopped the cement major Lafarge from co-incinerating petcoke with hazardous industrial. As the president of Eko Krog Macerl mobilized community support for a healthy environment and fought a legal battle that took him to the European Court of Justice to stop the cement company. Since the plant’s shutdown, the region has seen visible improvements in air quality, with the number of days with dangerous pollution levels dropping significantly from the days of Lafarge’s operations.

These six activists dedicated years, and in some cases over a decade of their lives to take on big corporate houses often backed by the government, to ensure that the future generations have a safe environment to live in. Five of the awardees have successfully mobilized action to block projects that could potentially have catastrophic consequences on the life systems while one got the award for his campaign for restoration of a clean and safe environment. Each of them will inspire generations of earth heroes in their respective communities.

23 Sep 2014 - 6:07pm | AT News
There seems to be no let up in the flood scene on Tuesday that ravaged four districts forcing the authorities to deploy 11 NDRF teams comprising 550 personnel in relief and rescue operations. Two...

Politics on Assam Accord

17 Oct 2016 - 12:38pm | Daya Nath Singh
There is a generation gap between the signing of Assam Accord on the Independence Day 1985 and the present generation has to face new challenges to compete with the world class people in all spheres...