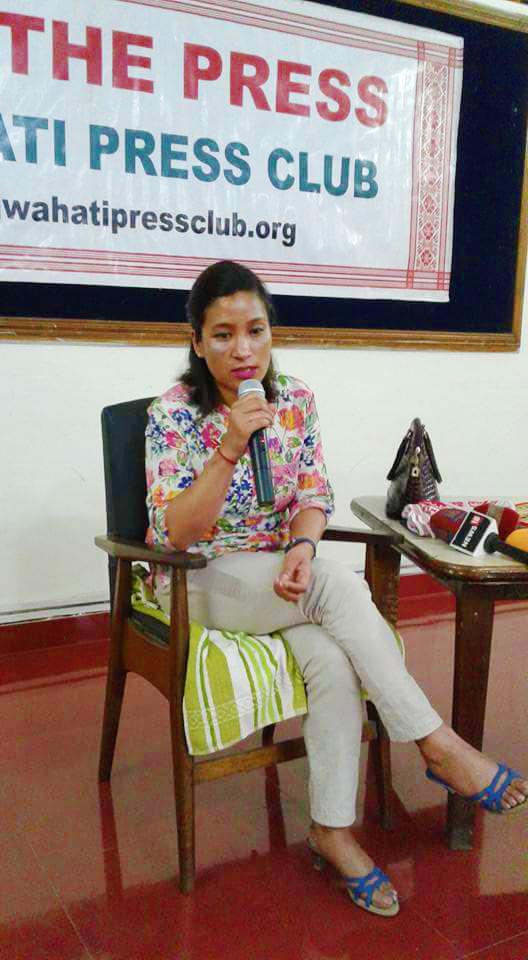 Anshu, who is yet to be 40, created the world record being the first woman to scale Everest twice in five days. The mother of two children also made the national record of conquering the top of the world for fifth time. Her husband Tsering Wange, who is based in Bomdila and a former president of All Arunachal Pradesh Mountaineering and Adventure Sports Association, remains helpful for the climber in all aspects.

Prior to the interactive session, Anshu was felicitated by the members of the press club with a traditional Gamocha and Japi. She expressed her gratitude to the media fraternity all along her career. Earlier Assam Governor Banwarilal Purohit and State chief minister Sarbananda Sonowal felicitated her in separate occasions.

30 Mar 2013 - 10:22pm | AT News
Army has been deployed and indefinite curfew clamped on Saturday in the silk town Sualkuchi in Kamrup (Rural) district following protests against use of artificial silk during which 10 persons were...