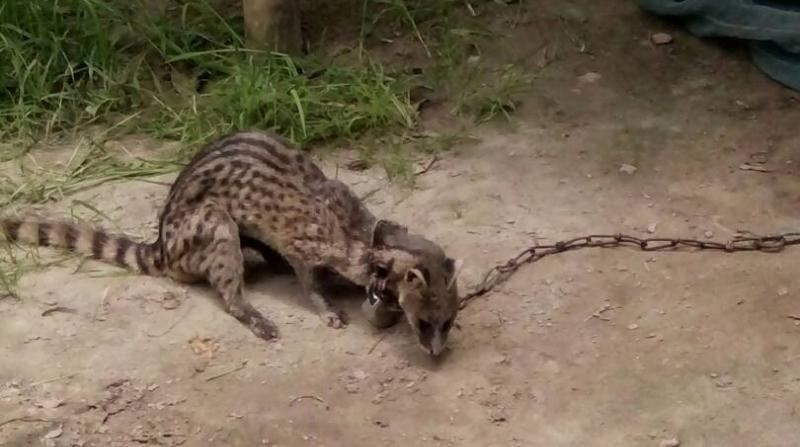 Sensation prevailed in Itakhulighat village of Dolonghat, near to Jajori, Nagaon on Tuesday evening following the rescue of an injured leopard cat by the villagers. A group of villagers spotted the male leopard lying injured in the backyard of Noor Islam's house, a resident of Itakhulighat Village and immediately admitted it to a nearest Veterinary Sub centre for treatment. The leopard Cat has severe injuries on his neck. The forest personnel from Morigaon has taken over the the animal and providing necessary treatment. The leopard cat was later sent to Morigaon and to sent to Guwahati zoo.

1 Oct 2011 - 6:43pm | Ritupallab Saikia
Golaghat town came to a standstill on Friday when nearly five thousand people of all ages marched to the town bearing the scorching heat to attend a mass rally organized by KMSS (Krishak Mukti...

29 Jul 2015 - 6:56pm | Hantigiri Narzary
A five days expert meeting and workshop on the preparation of trilingual scientific and technical terminology in Chemistry and Linguistic in Bodo was concluded here at Bodoland University in...

16 Sep 2015 - 8:41pm | AT News
The Arunachal government will cover all uncovered families under the Chief Minister’s Universal Health Insurance Scheme in this financial year for a healthier state by facilitating hassle-free...