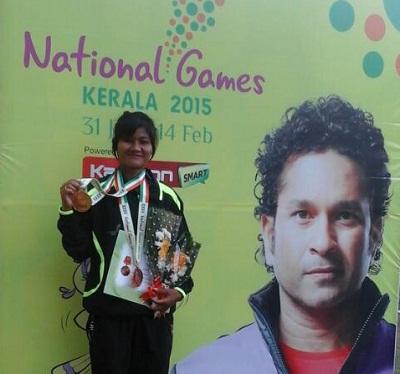 National archer gold medalist Gohela Boro has been battling with life at her New Amguri residence due to financial hardship, who has been suffering from serious diseases since few months. She was referred to Chennai Apollo from GMC hospital for better treatment, but could not proceed due to poor condition.

Gohela Boro, noted archer and gold medalist in National Games, 2015 held in Kerala has been facing severe fever since few months back. Gohela Boro is now at 21 years old in her life, suffering serious disease. She is hailed from New Amguri village of Kokrajhar district. She has been admitted to GMC and Hospital in November last for 28 days at a serious condition and returned to home in January last due to financial scarcity. 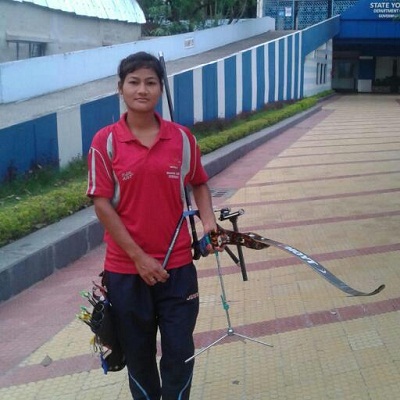 ‘She has been lying on her bed at her home at New Amguri village since January without any medical treatment. She was supposed to admit at Chennai Apollo for better treatment, but family could not proceed to the hospital for poor family background’, Dane Boro, younger sister of Gohela said.

Boro started her archery career in 2008 and since then earned 29 medals in National level till 2015,which included gold(13),silver( 8) and bronze(8); won 22 medals in state and 21 medals in district level events. She had played in different state and national games where able to win several medals, which included 34th Assam Olympic Games held in December (2010), Regional Archery Games. She won gold in National Games in Kerala in 2015 which brought her glory in life. She was given treatment first in Kokrajhar civil hospital, but later referred to Guwahati for better treatment and later GMCH also referred to Chennai in January last.

Mentioned be made that Gohela was selected in CRPF for job in 2015, but due to ill health she was declined the job. Family members of Gohela seek financial support from well wisher and donors to facilitate better medical treatment. If anybody wish to contribute monetary held for Gohela Boro, they could contribute money at SBI bank, Kokrajhar branch; A/C No.33460902646 (Dane Boro, younger sister of Gohela)

Dane, younger sister told that her elder lying on her bed due to financial crisis since January last. She has now needed better medical treatment, but the family could not provide her good medical facility, she said. She has appealed monetary support from well wishers and donors to make early recovery of her elder sister.

Ratan Boro, father of Gohela Boro told that she has been fever since few months back and giving treatment in their home, but her health condition saw deteriorate just after January and since then seeing severe. His family is not sounding with financial, so he could not give proper medical care to her.

He said his daughter started archery career since class eight standards and played for the state under guidance of SAI Centre in Kokrajhar. He also told that she has good numbers of records of playing different event and championship in her career. He wished an early recovery of his daughter.

A delegation team ABSU and AASU led by Prahalad Brahma, general secretary of Kokrajhar district unit ABSU and Nabajyoti Roy, assistant general secretary of AASU respectively rushed to the house of Gohela Boro to take stock about ailing health condition. They have appealed Chief Minister of Assam and PM of India to extend helping hand for Gohela so that she could recover in earliest manner in her life. They wished early recovery of Gohela Boro.

‘Governments should come forward to extend financial support for ailing sports person Gohela, who hailed from remote New Amguri village of Kokrajhar district. She had won several medals for the state of Assam in her sports career till 2015’, the students’ union leaders added.

Voice from the Udalguri relief camps

4 Nov 2008 - 4:45pm | Monjib Mochahari
The unfortunate communal conflagration which erupted on 3 Oct. between indegenous tribes and the illegal Bangaladeshi settlers in Udalguri and Darrang districts of Assam, left more than a lakh...

Prez to visit Assam on March 31

23 Mar 2017 - 9:46pm | AT News
President Pranab Mukherjee will be on a day long visit to Assam on March 31 to open the Namani Festival in Guwahati. Assam governor B Puruhit, chief minister Sarbanabda Sonowal along with many...