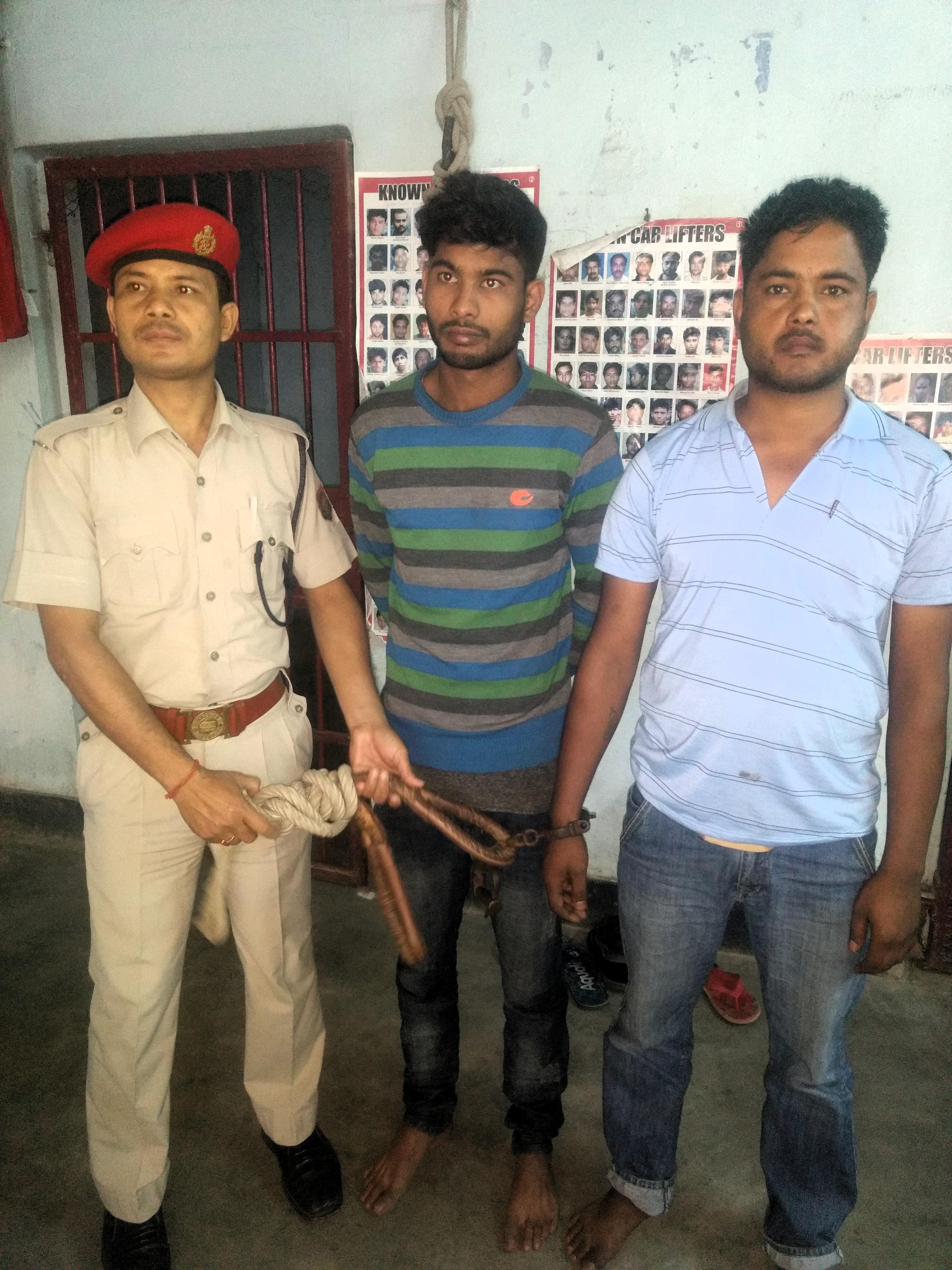 In a very drama like action Udalguri police successfully apprehended two abductors and rescued two persons who had been abducted yesterday within twenty four hours.According to information,one Arab Ali (30) was abducted by three miscreants on March 18 at 9 am from Mahaliajhar village under Kalaigaon police station.The kidnapped person was first driven to Jalukbari (Guwahati) area in a four wheeler vehicle.At eleven am on the same day abductors made a phone call to the elder brother of Arab Ali demanding an amount of rupees five lacs to be paid at village Borhi near Hajo.

Following instructions three family members arrived at Hajo for negotiation with the abductors.Following the incident,all the three persons were forcibly taken to an unidentified location around three km away from Hajo town.Finding no ransom money with the three people,miscreants gave ultimatum of twenty four hours time to pay the stipulated amount.On the other hand abductors held one Samsul Haque as surety before other two to go home for bringing the amount of rupees five lacs.

Demand for Product Managers in IT Companies

13 Jun 2007 - 5:30am | editor
If you are a techie looking to enter management, product management may be right up your alley. Product management is a new role that is gaining in importance with the mushrooming of software product...

10 Mar 2008 - 5:01pm | Ranjan K Baruah
For the first time ever , people from all walks of life from across the North East region are coming together to demand what rightfully belongs to women-as well as men- societal recognition of access...

19 Feb 2010 - 4:08pm | editor
Altogehter 3,78,610 candidates are appearing in the High School Leaving Certificate Examinations and Assam High Maddressa examinations, 2010 across the state which begins on Friday. According to the...