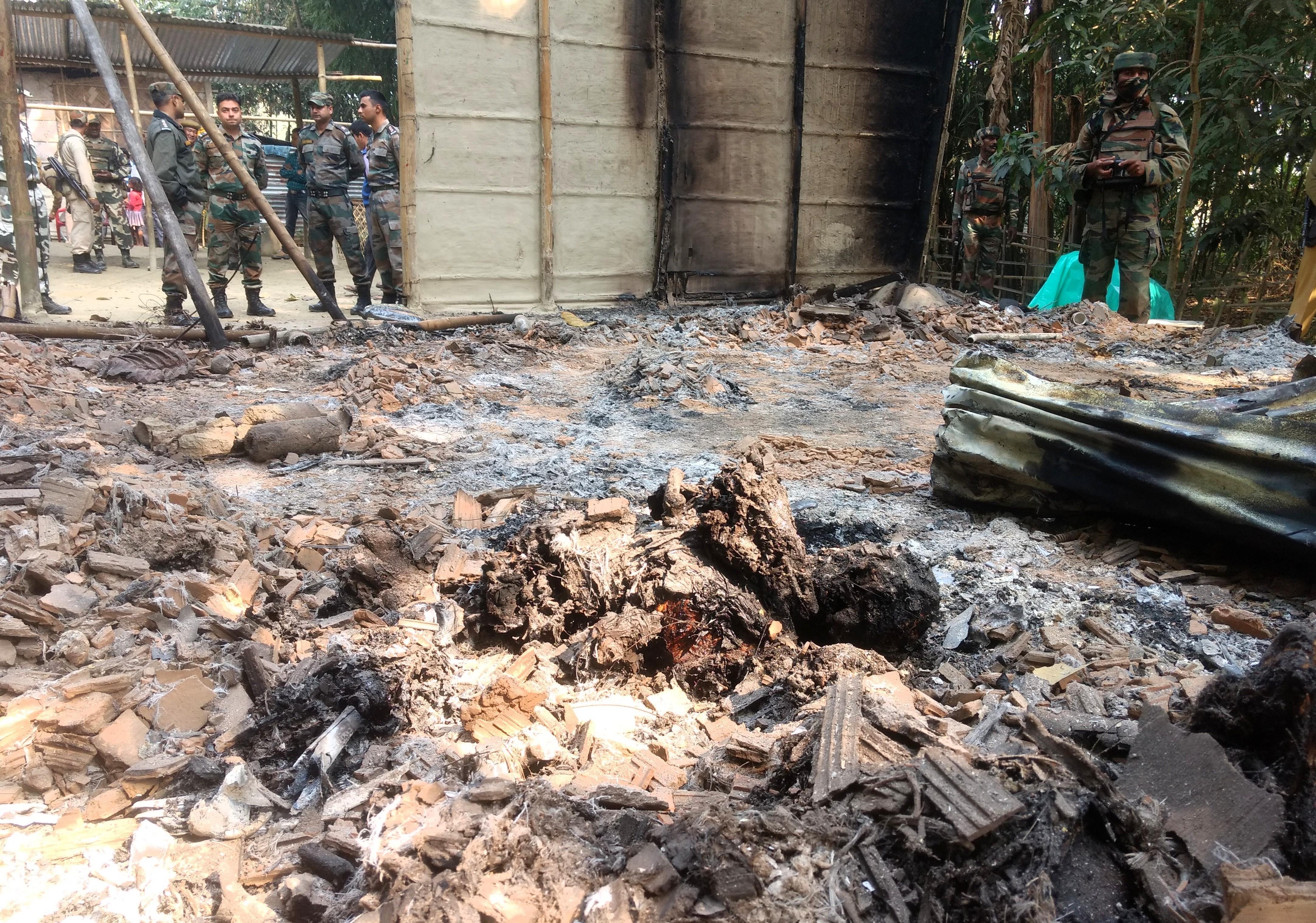 In a very sensational and brutal incident miscreants killed a couple last night at Nijkalaigaon village near Kalaigaon town on February 10.According to information Bakul Rabha (35) and his wife Saru Rabha (25) had been shot with AK series rifle last night at around 11 pm.According to neighbours,they could hear sounds of more than twenty five to thirty rounds of fire from automatic weapons before setting of fire to the whole house where the couple had been sleeping.A new Pulsar bike along with other house hold articles burnt to ashes along with the bodies of the couple.Miscreants left the scene of massacre  an hour later. Neighbours dared not come out of their houses till morning.According to neighbours,the couple had settled at the Village four years back.They also confirmed hearing sounds of people walking with heavy duty boots in the night before and after shooting took place.The statement has given new twist to the mysterious massacre.Police tried to point finger at ULFA.But other sources had other versions.They wondered at why none of the neighbours called police during night,even when a house was burning so close.The situation has created panic in and around Kalaigaon. Police arrived at the scene in the morning and recovered 28 rounds of empty shell of AK series rifle on the spot.Mukesh Agarwalla,Additional DGP,Assam; Sadhana Hojai, Deputy Commissioner and Rajveer Sing SP, Udaguri visited the site today morning.

25 Aug 2010 - 7:57pm | Daya Nath Singh
With the threat of Dima Halem Deogah (DHD) serving ultimatum upon the Government of India to concede to their demands before October 2, 2010 and delay in holding peace talks, situation in the...

11 Jan 2015 - 10:30pm | AT News
Hundreds of people hit the streets in Kaziranga in protest against the unabeted rhino poaching in the national park. The protesters further snubbed the government for failing to stop the rampant...

23 Dec 2015 - 9:41pm | Saidul Khan
The tone for Christmas was set on a high note with the festival titled – Mistletoe jingle in the hills, which was held yesterday at Dikki Bandi Stadium here. This was one of-its-kind Christmas...