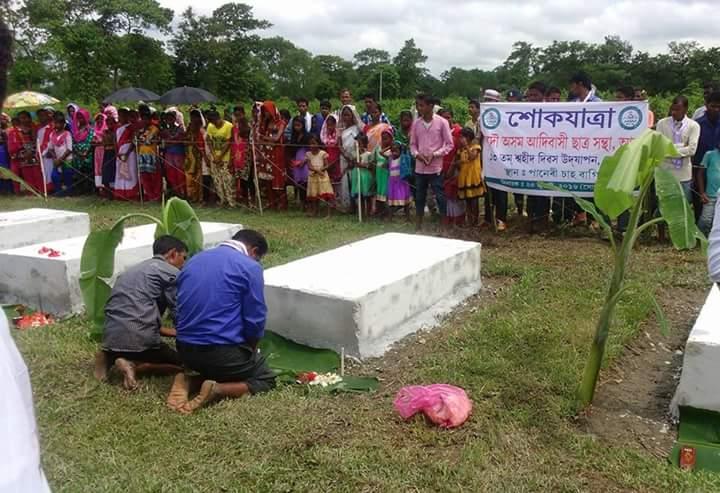 The 13th Adivasi martyrs day was observed at Panery under the aegis of Udalguri district unit of AASAA(All Adivasi Students' Association of Assam )and Panery regional unit of AASAA on Monday.

The martyr's day marks the killings of 8 protestors who had died of bullet wounds on a 12 hour strike demanding ST status to Adivasis in July 25 in 2003 in Khusubil under Panery PS.

A rally and public meetings were held at Panery . Floral tributes were offered to the martyrs in the Shahid Memorial site at Panery where large gathering assembled.
Akhila Panthi former AASAA leader delivered the inagural speech on the public meeting.
Central Vice-president of AASAA Pradip Nag,Rejen Har,Rimis Linda along with many others were present in the ocassion and delivered speeches.

20 Aug 2015 - 7:40pm | AT News
Amid a bitter blame-game between Tarun Gogoi and Dr Himanta Biswa Sarma over the Louis Berger scam, the demand for CBI probe into the multi crore scam gathers momentum. Former chief minister...