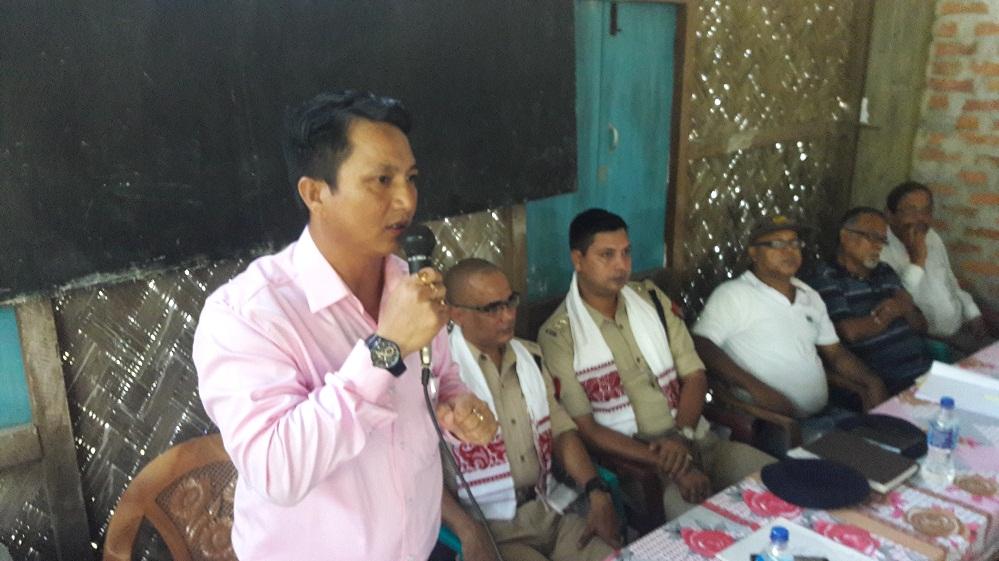 Cautioning the students, he said, “A person who dies in an accident has nothing to lose further, but the entire family suffers lifelong.” ASP Udalguri Bedanta P. Barkakati ,SDPO Bhergaon P. Borah and Bonjar Daimari EM BTC  contributed to this programme and emphasised the need for wearing helmets,maintaining traffic rules and drug abuse prevention.
In his lecture, ASP Bedanta P. Barkakati focused on the need for having a sustained traffic awareness programme as there is a constant increase in the number of road accidents. He further said" To minimise the communication gap between police and citizens Nagarik Committees have come into action." He urged the students not to ride vehicles without obtaining licence and use helmet and seatbelts while driving.

Speaking on the drug abuse trend he said "Myths have prevailed among students that consumption of drugs relieves stress and helps in concentration. But contrary to that the use of alcohol and drugs can negatively affect all aspects of a person’s life, impact their family, friends and community, and place an enormous burden on society. One of the most significant areas of risk with the use of alcohol and drugs is the connection between alcohol, drugs and crime " ,the bureacrat  added.


"We have observed students underage drive motorbikes and misbehave on duty police officials . Such behaviour is not tolerable." Daimari said.


Speaking on the drug abuse trend Daimari said" Anti-social activities such as gambling,drug abuse is addiction which is dangerous to individual and society at a whole." He exhorted students not to shatter their future by use of drugs. Students are nations future,he added.


Daimari also exhorted the students not to waste time  in social media and mobile. vote of thanks was conveyed by Mahindra Bharali. 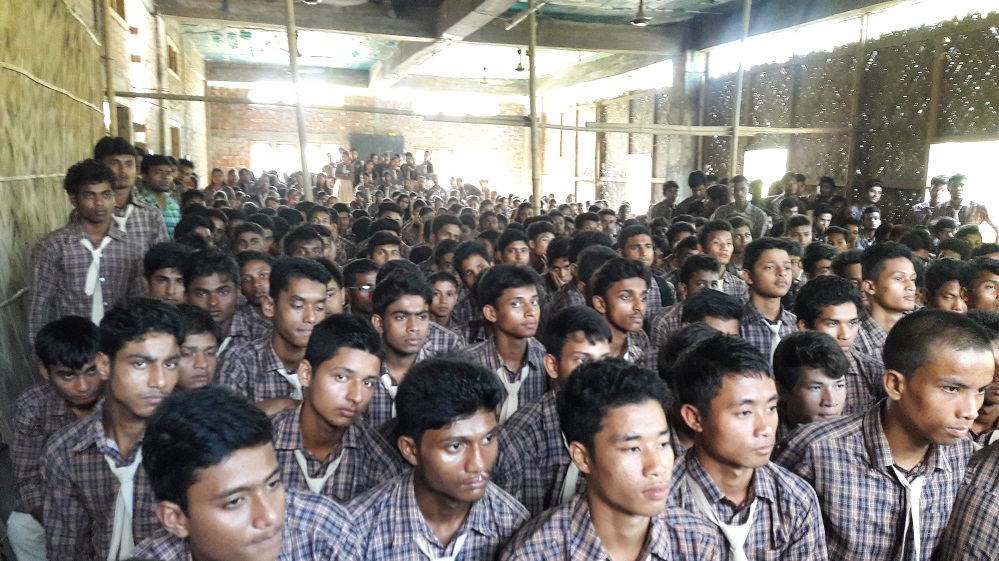 Dharna in Dispur for AIIMS at Raha

8 Aug 2016 - 1:40pm | Sanjoy K Kakati
People in large number from Raha stagwed dharma in Dispur on Monday reiterating the demand to set up the proposed AIIMS in the area. Led by the Raha AIIMS Demand Committee, the protesters reached the...

No light at Assam-Nagaland Border