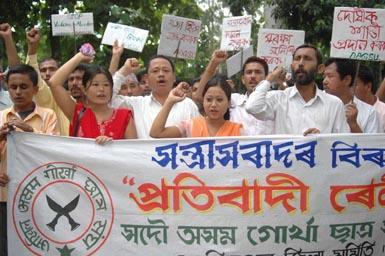 4 Feb 2008 - 6:36am | editor
It’s a big revelation that the Adivasi militants outfit ANLA funded the AASAA to hold the rally that turn violent in the city’s Beltola area on November 24. The startling revelation came...