A surrender ceremony was organized at Baanhkucha, Kothaguri, Nagaon on June 13, where 35 hunters and trappers from nearby villages of Lungsung, Jharugaon, Baanhkucha and Kothalguri villages vowed to stop the hunting of wild birds and animals. They also deposited several bows, arrows, catapults, machetes (daos) and spears before the gaonburah Babu Singh (village headman) of Jharugaon. The surrendered hunters were gifted a mosquito net each by members of Green Guard Nature Organization. The hunters, who used to operate in the Karbi foothills, confessed that they would often kill deer, pheasants, pangolins, hoolock gibbons, and any other birds and animals they could find for bush meat. They also took an oath on camera to stop others in their villagers from destroying the forest wealth, in front of the media contingent. Sanctuary Asia Tiger Defender & Green Guard Nature Organization rescue specialist Binod Dulu Bora, facilitated the event with the support of the TINA (Tina Abraham-Sanctuary Initiative for Nature Action) Grant. 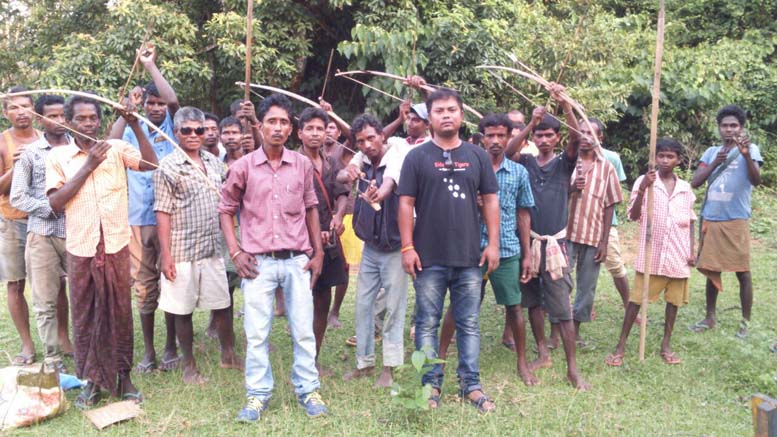 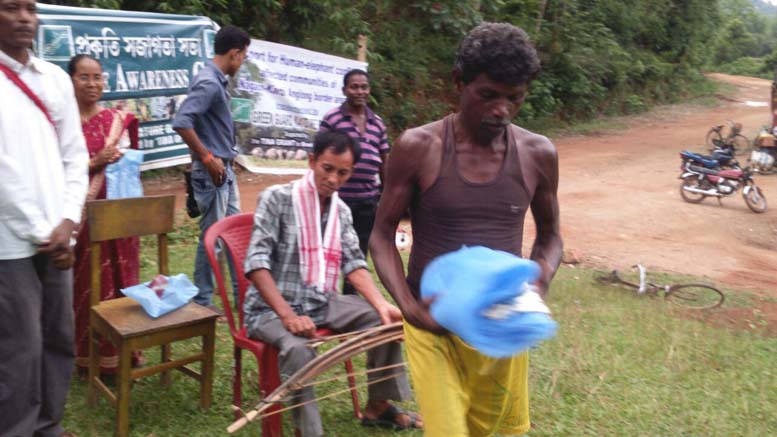 19 Jan 2013 - 7:08pm | AT News
A Book titled “Understanding Schopenhauer through the prism of Indian Culture” was formally released by Honorable Minister for DoNER Paban Singh Ghatowar at Jawaharlal Nehru University on January 18...

25 Mar 2009 - 12:15am | shariefzamanborah
The Mobile Cancer Detection Van which is first of its kind in India, is donated by ONGC Assam asset to Joint Director of Civil Hospital, Sivasagar under development programme on March 24, 2009.