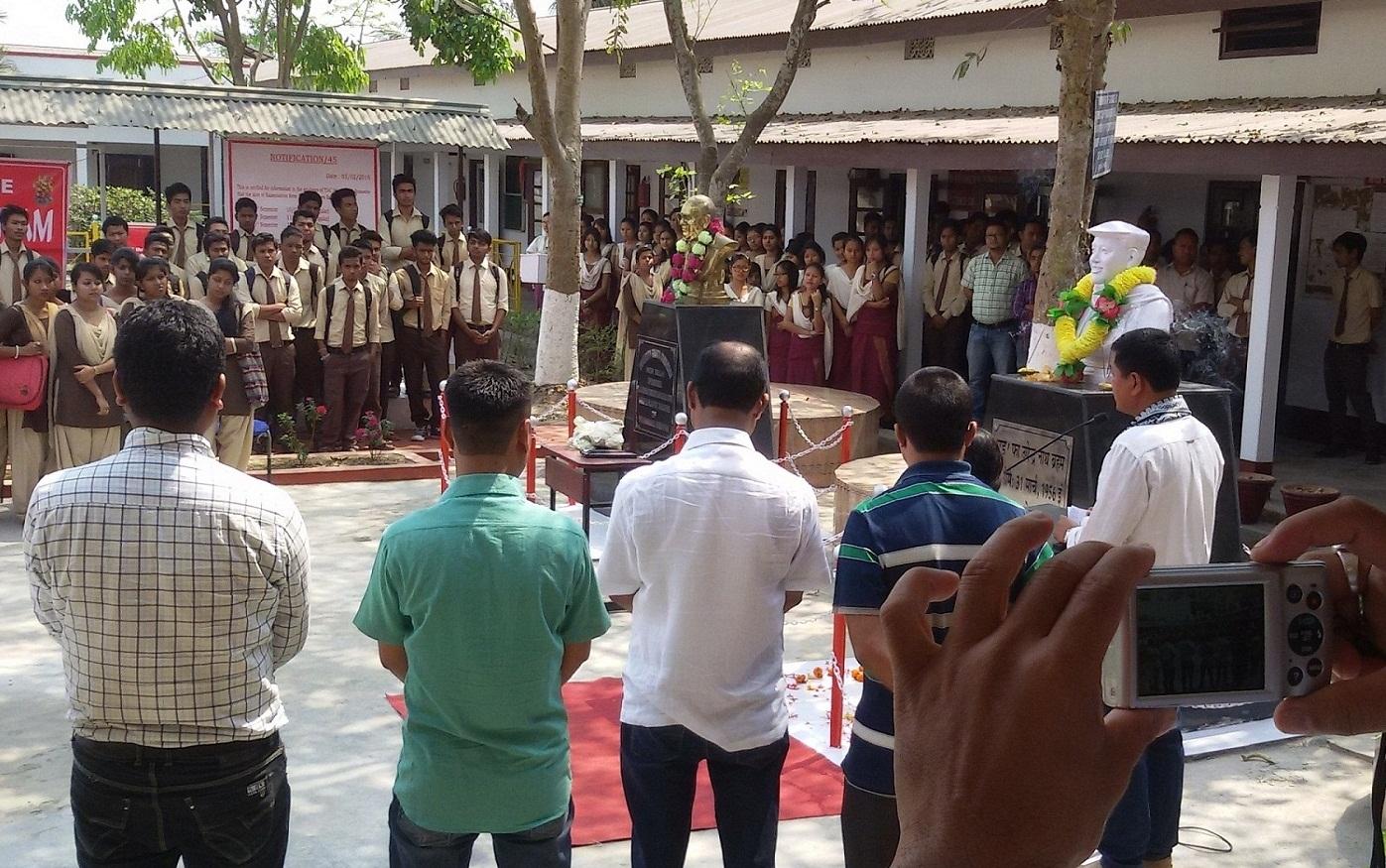 The bust of the ‘Father of Bodos’, Bodofa Upendra Nath Brahma was unveiled at the premises of Kokrajhar Science College by the General Secretary of ABSU, Lawrence Islary on Friday. Speaking on the occasion Islary thanked the Principal of the college Dr. R N Sinha for taking the initiative of installing the permanent bust of UN Brahma in the college compound. Addressing the gathering of students, faculty and the staff of the college, he recalled the life of UN Brahma and his sacrifices and contributions in the Bodo movement. Earlier the principal and the lecturers too paid floral tributes at his bust. It may be mentioned that it was a long standing demand of the students to install the bust of ‘Bodofa’ at the college campus. The students too expressed their happiness and gratitude to the college authorities for fulfilling their demand.

31 Jan 2014 - 10:13am | AT News
A senior official of a hotel in the heart of Guwahati city has been missing from Thursday.According to information, general manager with the Hotel Hornbill in Paltanbazar area in the city Niranjan...

17 May 2014 - 8:43am | AT News
In a major development that indicates an imminent repatriation of Anup Chetia, the jailed ULFA leader in Bangladesh has sent his family members to his ancestral home in Dibrugarh.Chetia’s wife, son...

5 May 2014 - 4:42pm | AT News
Senior BJP leader Yashwant Sinha said on Monday that the move for allowing arms to the villagers in the name of self defence would result in a disaster.Talking to reporters in New Delhi, the...