The silver jubilee celebration of Bessie Memorial English School (BMES), Kokrajhar began today with much pomp and gaiety. According to the schedule, the programme started at around 4 pm where David Narzary, President, GCC, delivered the opening speech followed by a prayer and thanksgiving service led by Most. Rev. N. Borgoyary, president, SMDC. Eminent members of the school managing and development committee too spoke on the occasion. Earlier, a number of dance and songs were presented by the students to welcome the guests and participants. Rev. Gilbert Borgoyary, principal of the school gave the vote of thanks.

The main programme of the jubilee celebration will be held on Monday, where, R.S. Borgoyary, Director of Education, BTC will attend the open session as chief guest. The programme will start with the hoisting of flag by Simson Moshahary, former principal, BMES and laying of foundation of proposed administrative and auditorium building by bishops and pastors. 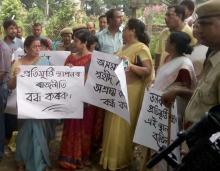 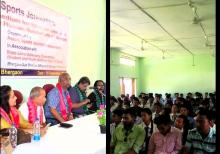