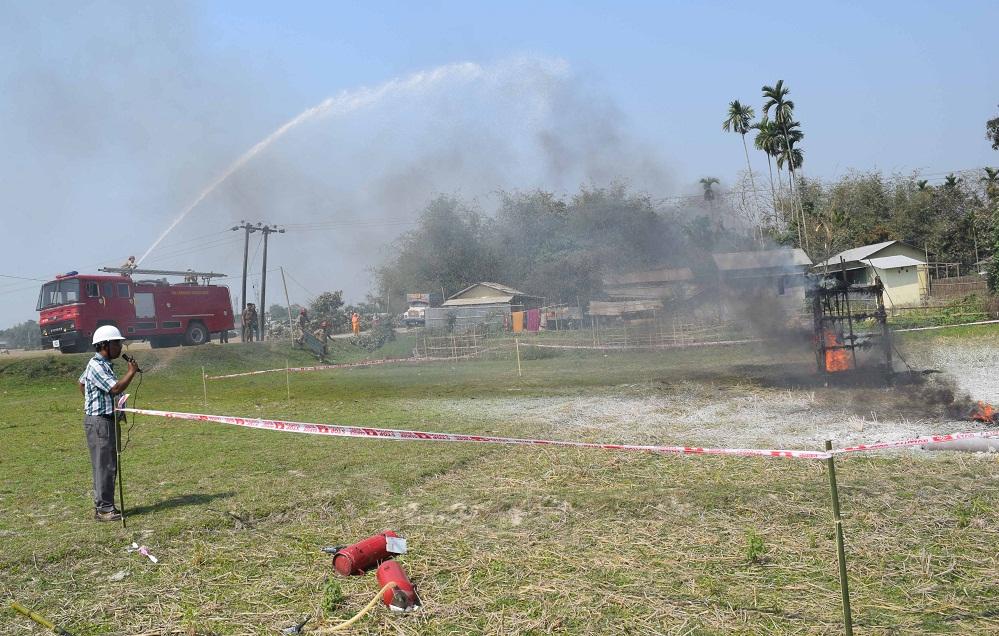 An emergency response mock drill was conducted by the Indian Oil Corporation Limited (IOCL) at Habrubari in Kokrajhar district on Friday,which was a part of offsite emergency mock on the IOCL Guwahati-Siliguri underground pipeline to test the preparedness of its emergency personnel.

The emergency team, made a demonstration on pipeline leak arrest, fitting of leak clamp and usage of extinguishers such as dry chemical powder during the drill. A fire control demonstration was also carried out by Fire and Rescue Services personnel.

Madhav Prasad Sarma,Kokrajhar Deputy Commissioner stressing the importance of coordination between the district administrations, Fire and Rescue Services, local village administrations and IOCL in handling emergency situations said that it will create awareness among common citizens while bringing safe and safety.

India is, no longer the Guru, only a military state

3 Aug 2008 - 5:40pm | editor
A lot of people didn't understand the hurry that Manmohan Singh was in in taking the safeguards agreement to International Atomic Energy Agency and requesting the United States President to pursue...

30 Sep 2014 - 10:47pm | Hantigiri Narzary
A Durga puja pendal in Kokrahar draws no less crowd. But why? What forces thousands of people to visit the particular puja pendal? The striking feature of this puja pendal is the idol of the goddess...