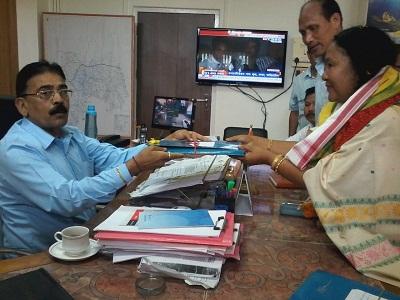 A grand procession was organised from Kokrajhar anchalik office to DC office via flyover where thousands of party supporters both from UPP and Congress thronged and shouted slogans in supports of UPP candidates claiming winning of the candidates who are contesting from constituencies in the scheduled April 11 election.

Pratibha Brahma,UPP nominee after filling nomination told that she was hopeful of winning the LAC as irrespective of caste,creed and communities are supporting her candidature.

‘Citizens of the constituncy are wanting good governance and social integration among society,so this time they would vote for the UPP party to meet healthy peace and unity’, Brahma said. She has also claimed that her winning from constituency is sure,no doubt.

The candidates,who have filed their nominations on Monday are Manu Borgoyary,AIUDF and Basanta Medhi(Independent). Rajesh Narzary,Independent filed his nomination on Saturday.Till Monday, five candidates filed nominations to contest in the Kokrajhar east LAC.

Manu Borgoyary,AIUDF candidate said that he has been contesting the election in support of his UPP party and welfare fare from common voters.He said that the society should be needed balance political arena and equal distribution.

Brahma after filling nomination said that his winning from the constituency is sure.He also said that his party is winning in 7-8 seats in the scheduled election.Dahit Chandra Brahma,AIUDF candidate also filed nomination for Kokrajhar west LAC.Somnath Narzary,UPP candidate for Gossaigaon LAC filed his nomination.

30 Jan 2018 - 5:09am | AT News
GUWAHATI: Unidentified gunmen shot dead an aged business man in Guwahati triggering huge shock and anger in the city on Monday. The incident took place at around 9.30 in the evening in Bijoy Nagar... 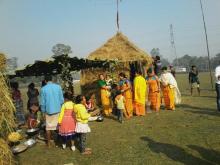