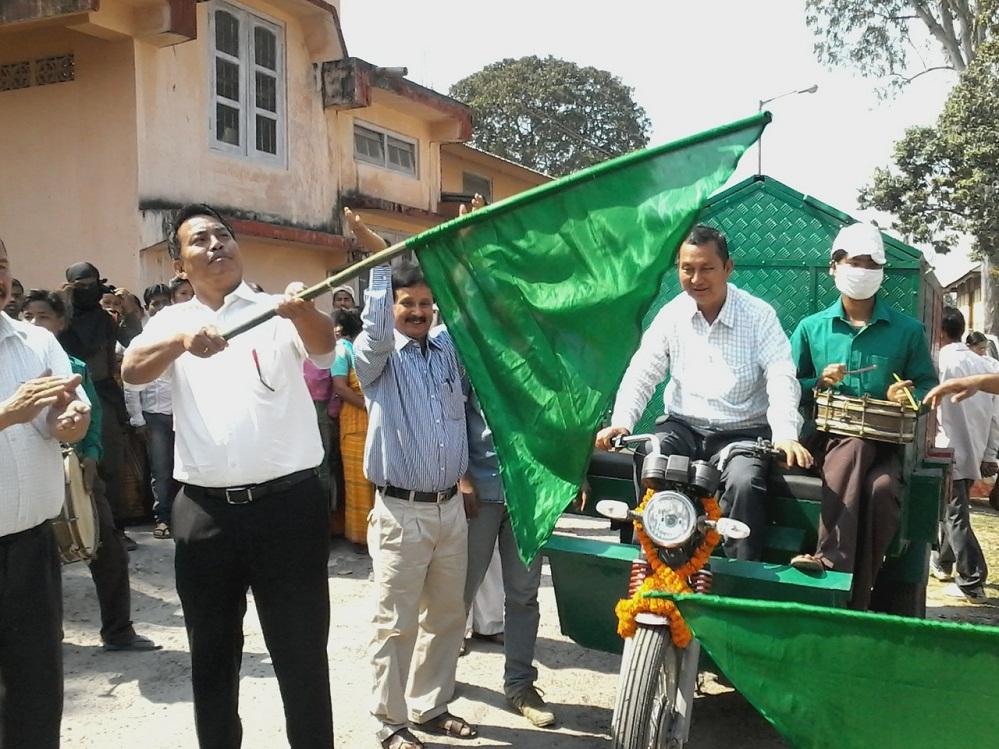 BTC deputy chief Kampa Borgoyary graced the function as chief guest and declared the mission launched in the town to keep neat and clean for healthy living in the area.

Borgoyary, in his speech said that the mission has been initiated by municipality board to build up smelled free zone as well as neat & clean town among populous living.

Earlier in the day,Borgoyary inaugurated the Solid & Liquid Resource Management(SLRM) centre in Kokrajhar Municipality Board under MANASA  and Sawch Bharat Mission.He also planted sapling on the occasion near Gaurang river.

A tricycle rally was also carried out to create awareness about bringing awareness on keeping neat and clean among common masses in the town.

about bringing awareness on keeping neat and clean among common masses in the town.

1 Jul 2009 - 7:21am | editor
With an aim to cater various needs of the working journalists of Northeast India, a forum was shaped Tuesday (June 30) in Guwahati. The member-based organization titled ‘Journalists’...