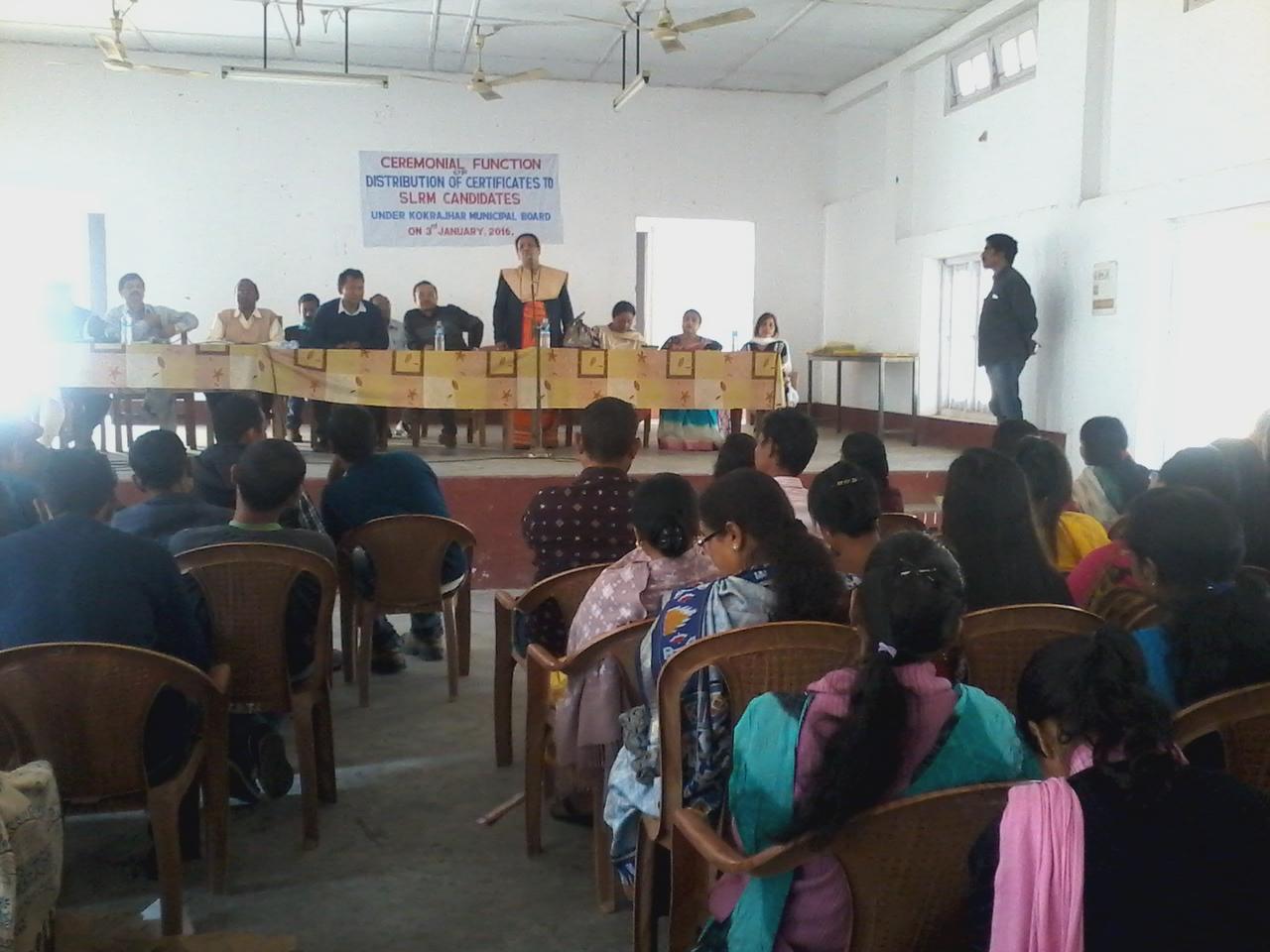 A total of 150 master trainers’ training certificates  were given away at a programme held at Basic Training Centre in Kokrajhar on Sunday.

A 15-days long training programme was conducted on Solid and Liquid Resource Management(SLRM),organised by Kokrajhar Municipality Board(KMB) and was designed by India Green Service(IGS) to train master trainers’ to build neat and clean situation among society under municipality board among educated youth and citizens.

Rahila Brahma, BTC Secretary graced as chief guest on the function and distributed certificates among trainers.

Bishnu Narzary,chairman of KMB told that the board has organised training programme to keep town neat and clean to facilitate healthy and green.He said that the board was working to make garbage free zone in the  district.He master trainers were imparted on the management of solid and liquid resources through recycling method.

Bhaskar Das,district election officer,Kokrajhar; ward commissioners among others were present on the function.

4 Apr 2017 - 11:01pm | Nava Thakuria
Eminent Sri Lankan filmmaker Prasanna Vithanage will attend the ‘Guest of the Month’ program of Guwahati Press Club on Tuesday (11 April 2017). The interactive session will start at 11 am and...

19 Dec 2007 - 10:49am | editor
The pragatisheel Asom Gana Parishad will ensure decentralisation of power in the panchayat system if the party is voted to power in the upcoming election.In the party's panchayat manifesto...