29 May 2012 - 3:43am | Hamidul Gani
The first general conference of the newly formed District Press Club, Goalpara was held on Sunday with a day-long programme at Assam Club, Goalpara. The programme was started in the morning with the... 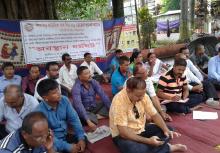