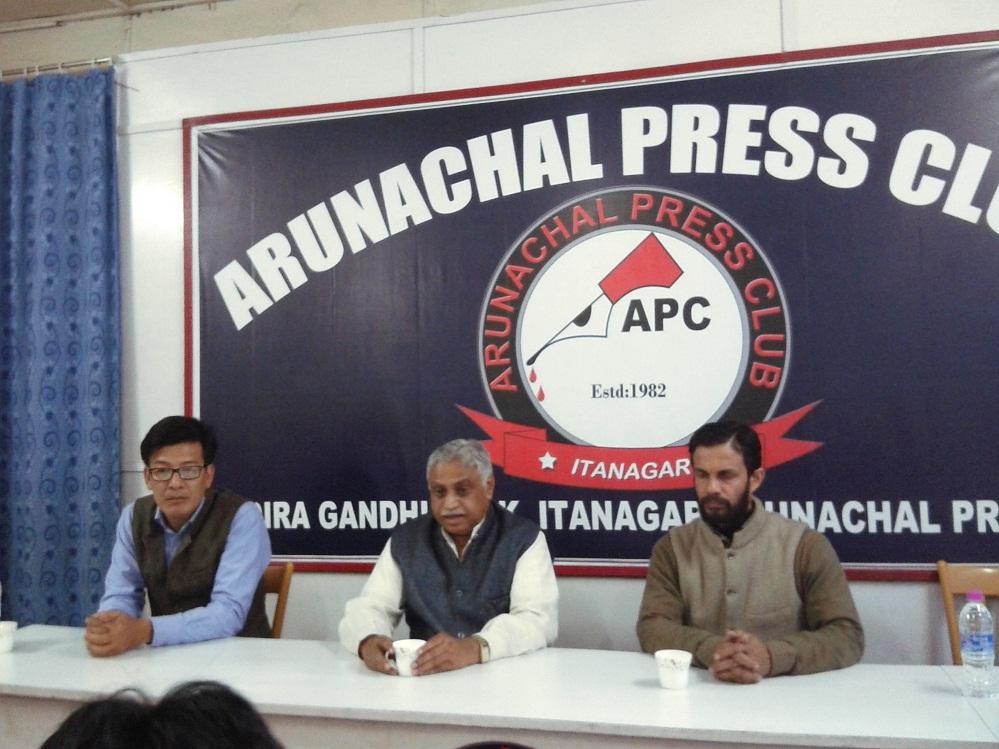 There is a misconception about RSS in the country. ‘RSS is not a religious or political based Organization but t is an independent and nationalist organization that endorses nation first ideology along with patriotism, unity, culture and tradition’, said  All India publicity head Dr Manmohan Vaidy.

Addressing reporters at Press Club today in Itanagar, he also informed that Sangh work independently for the welfare of citizen of India irrespective of cast creed or religion. ‘Country cannot run only with proper road and electricity but if we need all round development and want India to be a No. 1 Country, than we have to work from grassroots level by endorsing unity, patriotism and that’s what RSS is doing since last 90 years , asserted Dr Vaidya.

‘More than 1.50 lakh social service activities without any grant from the government are been carried out by RSS volunteers in various remotes areas including Arunachal Pradesh", informed Vaidya.

When asked on Beef controversy, RSS Prachar Pramukh said ‘Till date not a single comment on beef Ban was been said by any of the RSS members', there are also people from Muslim community who are associated with Sangh.  As said RSS objective is to promote nationalism, any person   from any community can be its member by maintaining its tradition & culture or food habit but have to respect each other sentiments.

On beef ban, Dr Vaidya further added, Law on Beef Ban was already there in some of the state when there was Congress government, so from Dadri incident to Intolerance incident all are politically motivated. ‘However we condemn such incident of taking law in hand and there should be proper investigation and wrong doer should be punished as per law, he added while stating ‘RSS is not against any religion but is against Anti-social activities’.

While responding on Political connection with Bhartiya Janata Party (BJP), he divulged that RSS is not for any particular political party, its association with political party is for healthy democracy in the country but not on any religious ideology as most of the people think.  Unfortunately except BJP none of the party has open its door for RSS, clarified Dr Vaidya.

16 May 2019 - 5:03pm | Nikhil Mundra
Sagnik Bainik has  brought laurels for Hojai and  his school as he is able to register his name as first time State Topper from Don Bosco High School Hojai. He has secured tenth(10th) rank...