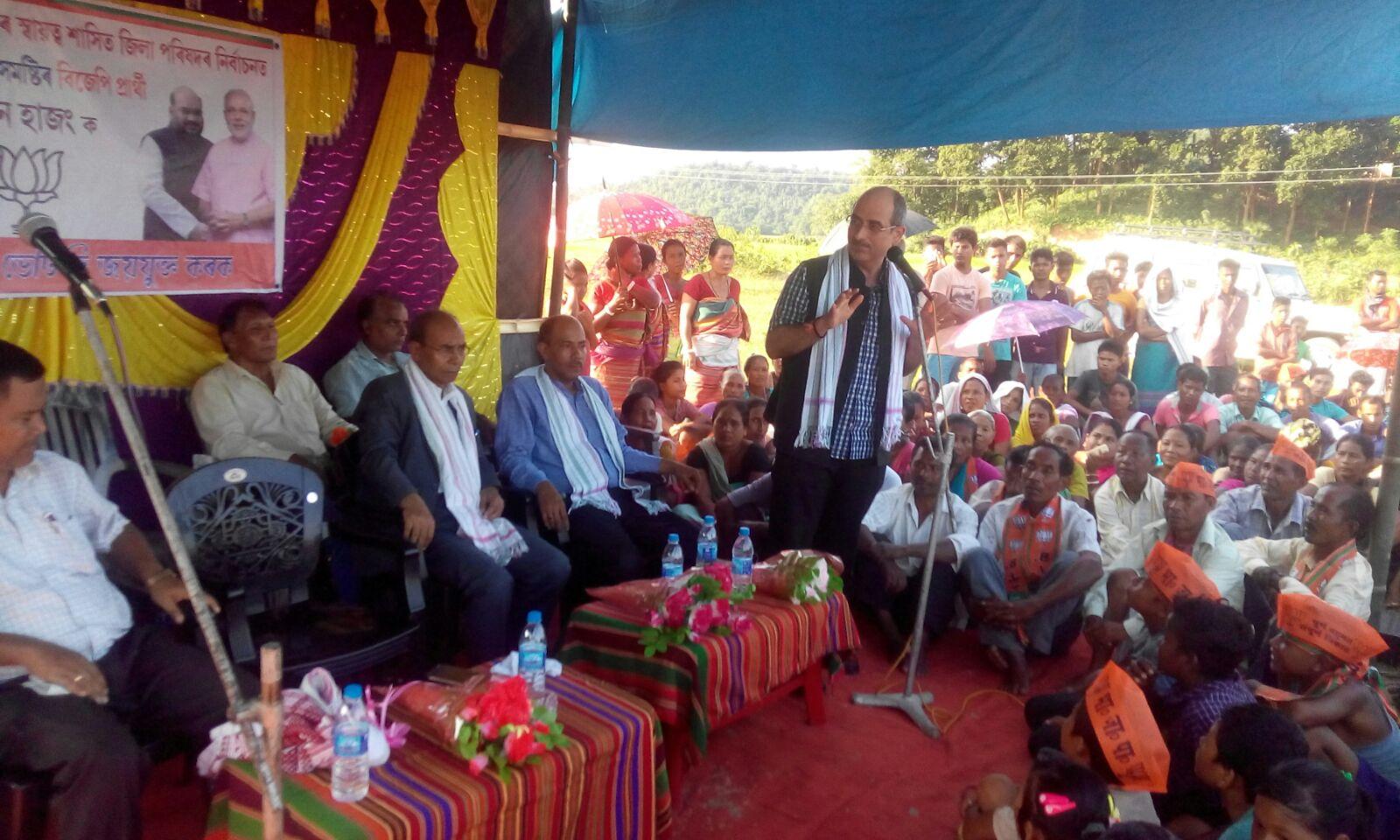 Amid an aroused controversy over special status category for the north east, a central BJP leader claimed to have given thrust on the entire region. He is none other Nilon S Kohli who in Shillong told media people on Thursday that PMO has been directly handling the affairs of the region since it came to power.

“Our ministers have been frequently visiting the north eastern region to monitor the process of development,” said Kohli who is on a visit to Meghalaya to campaign for the GHADC polls slated for Sunday.

He slammed the Meghalaya government for failing to live up to the expectation saying that the Mukul Sangma government has failed to implement central government programmes.

12 Apr 2014 - 6:21pm | Hantigiri Narzary
The Songbijit faction of NDFB termed the killing of Dwimalu @ Dabla on Friday in an encounter of the joint operation of Indian army and Assam police at Asraibari under Mazbat bordering to Udalguri...

8 Mar 2008 - 7:30am | editor
A NABARD sponsored micro enterprise development programme is under way at Solmora village under Dhekorgorah block, Jorhat. The 10-day programme has been supported by agriculture-based NGO Pathar. As...