In a shocking incident that a person killed his own father following family quarrel at Titaguri Bhawanipur under Kokrajhar police station late last night which created a shocking situation among villagers in Kokrajhar district.

According to source, one Milonji Basumatary (30) killed his own father identified as Grebial Basumatary (60) following a family quarrel at around 7.30 pm late last night at his resident at Titaguri Bhawanipur under Kokrajhar police station.

Milonji hit his father with a piece of log and Grebial died on the spot. Later, Milonji absconded from the spot.

A police team from Kokrajhar police station rushed the spot and recovered body from the house.

26 Oct 2013 - 12:25pm | AT News
The identity of the two girls---believed to have been raped and kill in Azara seems to have surfaced. Two families have rushed to Azara police station to identify the bodies of the two girls who have... 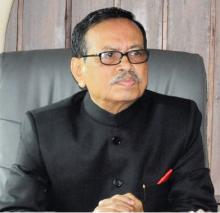 15 Oct 2015 - 6:58am | AT News Itanagar
The Governor of Arunachal Pradesh Shri JP Rajkhowa has extended heartiest Greetings and Good Wishes to the people of the State on the auspicious occasion of Chindang Festival. He expressed hope that...

15 Jun 2017 - 7:31pm | Rituraj Phukan
Global Wind Day is observed on 15th June to raise awareness of the potential of wind power for future energy systems and the opportunities for growth and employment.Wind Day, as it was known until...