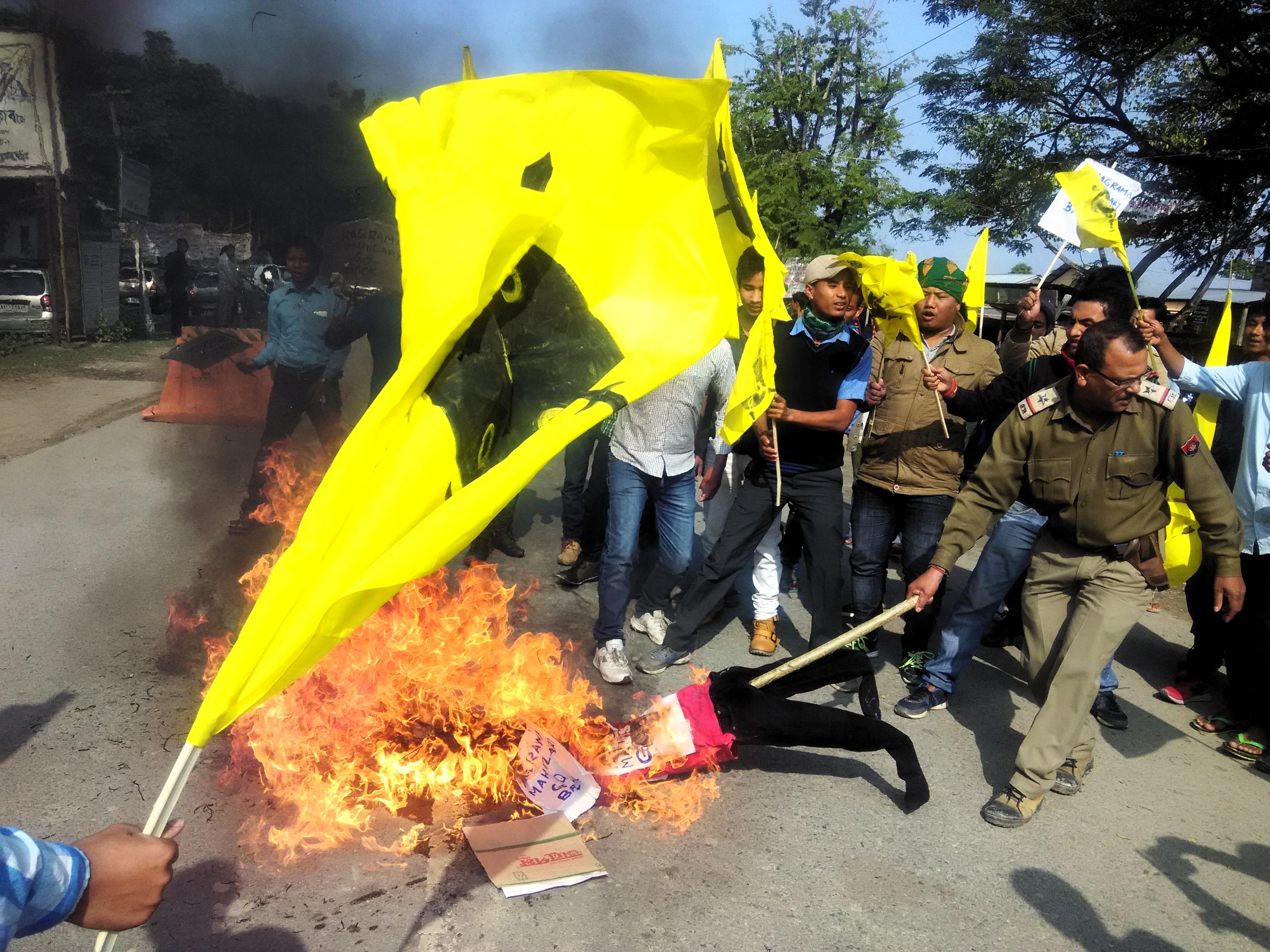 Protesting against BTC chief Hagrama Mohilary's remark on ABSU chief Pramod Boro,the anchalik committee of Kalaigaon ABSU staged demonstration in front of Kalaigaon police station on December at 11 am. Hundreds of ABSU activists burnt down the effigy of BPF supremo shouting slogans “Down with Hagrama” ,”Hagrama go back” etc. Talking to media persons present there an ABSU official criticised Hagrama Mohilary for passing bad remarks on ABSU and its president Pramod Boro. He also condemned Hagrama for hatching conspiracy against Bodo people for political gain. It needs mention that,BTC chief attended 15th annual convention of ABWWF held at Chengapathar near Kalaigaon on December 18.Speaking as the chief guest BTC chief criticized ABSU and its president Pramod Boro,saying Pramod Boro had been trying to create instability among people in BTC.” Hagrama publicly opposed ABSU's demand for separate Bodoland for political mileage and has been working against Bodo unity and culture”, alleged angry ABSU leader. Police however brought the situation under control.

24 Oct 2014 - 8:33pm | Hantigiri Narzary
Despite tight security gun running refuses to die down in Kokrajhar district. Unidentified miscreant shot at yet another person in the district on Friday. The incident took place at Baldiabatan where...

21 Aug 2014 - 6:16pm | AT News
A joint mechanism would be devised to defuse the Assam-Nagaland border tension. This was simple what Union Minister of State for Home Kiren Rijiju told reporters after meeting Chief Minister Tarun...