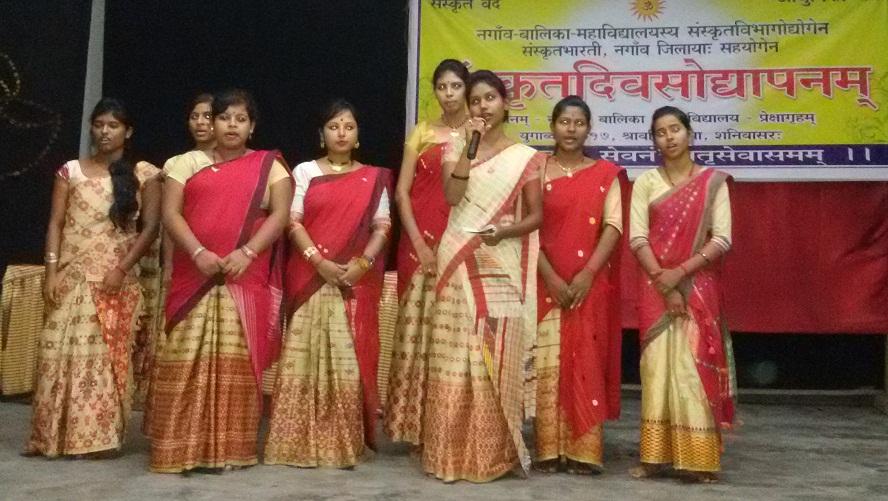 Mahendra Saikia, former head, Sanskrit deptt. Nagaon Girls’ college , and Guna Saikia , head of Sanskrit deptt. Nagaon college , attended the programme as guest of honour and key note speaker respectively. Both the speakers expressed their gratitude and blessing to all the Sanskrit loving peoples and appealed to all the young generation to work for the development and upliftment of the ancient language.

Oli Borthakur, Nagaon Girls' college , and Deepsikha Saikia , Kolong-kapili Junior college, Nagaon were felicitated by the organisers in the cultural programme held on the occasion, for securing highest marks in Sanskrit subject in B.A and H.S exams held last year.

26 Feb 2014 - 10:57pm | Jintul Talukdar
A section of cow thieves has been unleashing terror in Barpeta district these days.Cow theft has been a normal case in Bajali and Bhawanipur areas in the lower Assam district. Police on Wednesday...