Permalink Submitted by Samrat Dev on Wed, 28/05/2008 - 16:16
hi manimoy! wish u all the best for your future...please dont let success to get into your nerves. Stay calm as you have to go a long way because you are the future of India in the Global Map...Keep it up....

With 78 majority Gogoi is lion strong

14 May 2011 - 3:15am | Syed Miraz Ahmed
Despite heightened guesswork efforts to form the next State Government in alliance opposition Political Parties AGP, AIUDF and the BJP have faced unimaginable set back against the Congress in the... 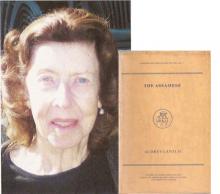 20 Jul 2009 - 9:16am | editor
A huge cache of arms and amminuion were seized during a joint operation by army and police from Mohanbari area at a from forest on Monday. According to information, acting on a tip-off, the team...