Permalink Submitted by Samrat Dev on Wed, 28/05/2008 - 16:16
hi manimoy! wish u all the best for your future...please dont let success to get into your nerves. Stay calm as you have to go a long way because you are the future of India in the Global Map...Keep it up....

21 Aug 2015 - 1:14pm | AT News
Army, police and para military forces arrested two miscreants during a combing operation in Udalguri on Thursday.Identified as Ramesh Chauhan and Luhit Chauhan, the duo were picked up from Bagarbari... 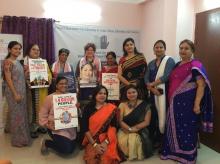