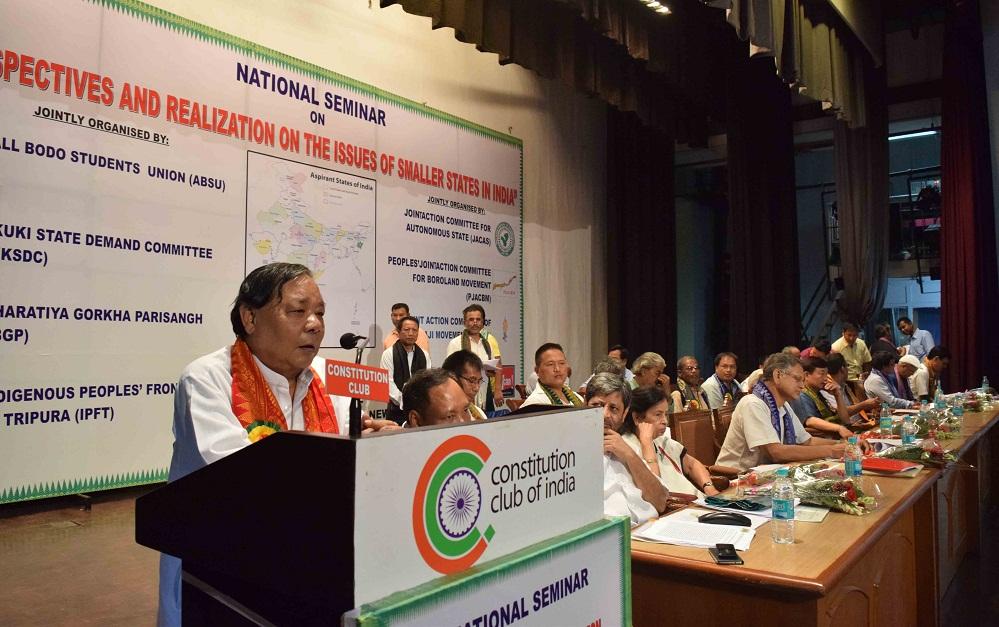 Speakers at a seminar in New Delhi on Tuesday stressed the pressing need for creation of smaller states in the country.

Jointly organized by ABSU, BGP, JACAS, KSDC, IPFT and PJACBM, the speakers in the seminar are expected to dwelt at length the development strategy in the small states.

ABSU president Promod Boro, told reporters that the seminar would  highlight the ways and means to press the centre to take step on creation of smaller state.

22 Apr 2012 - 2:56am | editor
The ceremonial lamp was lit by Mrs Gayatri Borthakur and Srimati Chapala Bhuyan and rich tribute was paid to late Dr Bhupen Hazarika. This was followed by a variety of cultural items which kept...

6 Jun 2008 - 1:59pm | editor
Normal life in some parts of Assam is heavily disrupted following a 12 hour bandh call by the All Assam Adivasi Students Association of Assam (AASAA) from early in the morning on Friday. According to...

6 Jun 2012 - 6:10pm | editor
World Environment day has been observed by People's Friend Foundation at the District Library Auditorium, Guwahati. On this occasion, Enviro Quiz was organized among school students of the state in...