19 Aug 2008 - 12:23am | Nanda Kirati Dewan
The 21st National Photo Contest organised by by Kreative Klickers has been announced with the theme "Life and Environment". Entries are open to all, throughout India. Details can be obtained... 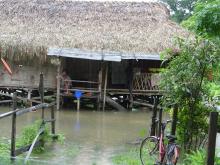