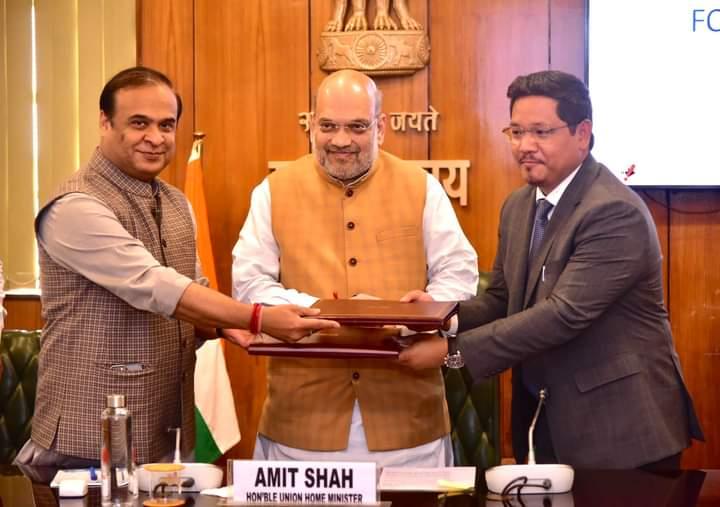 New Delhi: Assam and Meghalaya claimed to have settled an interstate border dispute in 6 places at a meeting of Chief Ministers with the Union's home minister in New Delhi on Tuesday.

The agreement was formally signed by Assam Chief Minister Himanta  Biswa Sarma and his Meghalaya counterpart Conrad Sangma after a meeting that evening.

Speaking to reporters waiting outside, the Chief Ministers claimed to have settled a decade-long issue in 6 areas and hoped for the same solution in 6 other remaining areas.

But both sides refused to divulge the details of the agreement, which is likely to trigger protests and anger among people living along the disputed border areas.

MDA partners BJP, UDP, and  HSPD demanded revision of the pact, conserving the sentiment of the people.

10 Dec 2013 - 7:35pm | Syed Miraz Ahmed
Canada based Human Concern International Sunday sponsored scholarships for 51 students in Assam to pursue MBBS. The scholarships were awarded in a program organized by Markaz-ul-Ma’arif, a voluntary...

Rio proving majority on the floor

13 Mar 2018 - 7:26am | AT News
KOHIMA: The NDPP-led Nagaland government is facing floor test in the special assembly session on Tuesday a week after Neiphu Rio along with 11 others were sworn in. Before that  the new members...