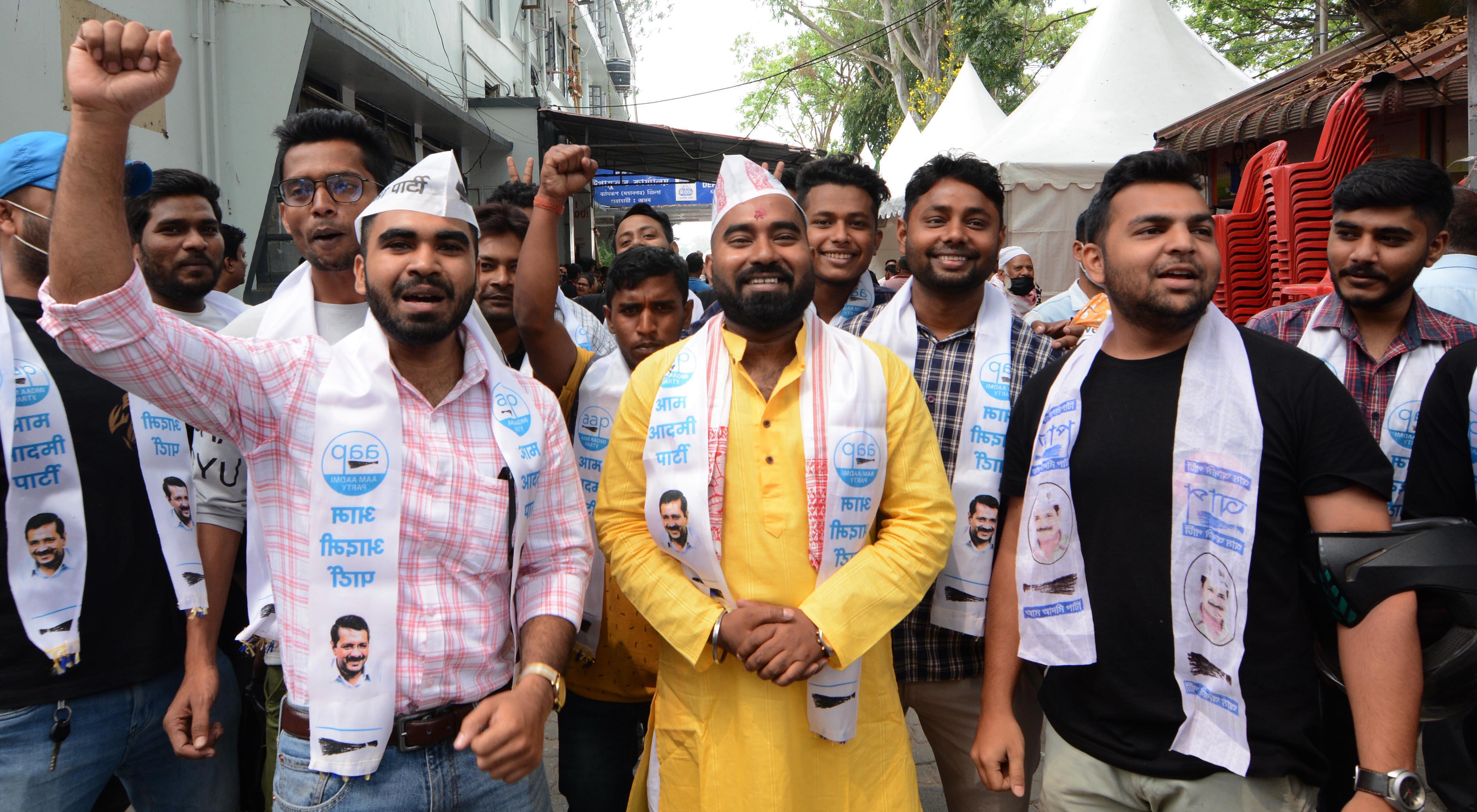 Guwahati: The recent landslide victory in Punjab seems to be a morale booster for the Aam Admi Party in Guwahati in the run up to the Guwahati Municipal Corporation election slated for April 22.

Hundreds of people in the nook and corner of the capital city have been joining the party on every passing day. Party  banners and posters are flooding the city streets apart from meetings at ward level.
"Yes. I joined the party after I had noticed the schemes of things in Delhi and Punjab," said Antara Das from the Ulubari area.

"We opposed Congress and voted BJP to power.  But to no avail. What are the options,? Here's the AAP.  It's the need of the hour," said Nirmal Deka from the Botahghuli area, who was an active BJP worker until the other day.

Renuma Kalita, an active AAP worker, said: "We are well prepared to go to the people with the blessings of Arvind Kejriwalji and Manish Sishudiaji who have changed the face of Delhi. Our party has done well in Punjab with Delhi as a model and now it's its turn for Guwahati. We already have 2 seats in the recent Urban local body polls in Tinsukia and Lakhimpur."

According to political observers,  the AAP is gradually taking a grip and as on date it has emerged more powerfully than that of Congress,  the AGP, AJP and Raijor Dal.

Party leaders have claimed to have received encouraging responses from the denizens which would help them perform well.

The election for 60 GMC wards is slated for April 22 and the counting of votes will take place on April 24. 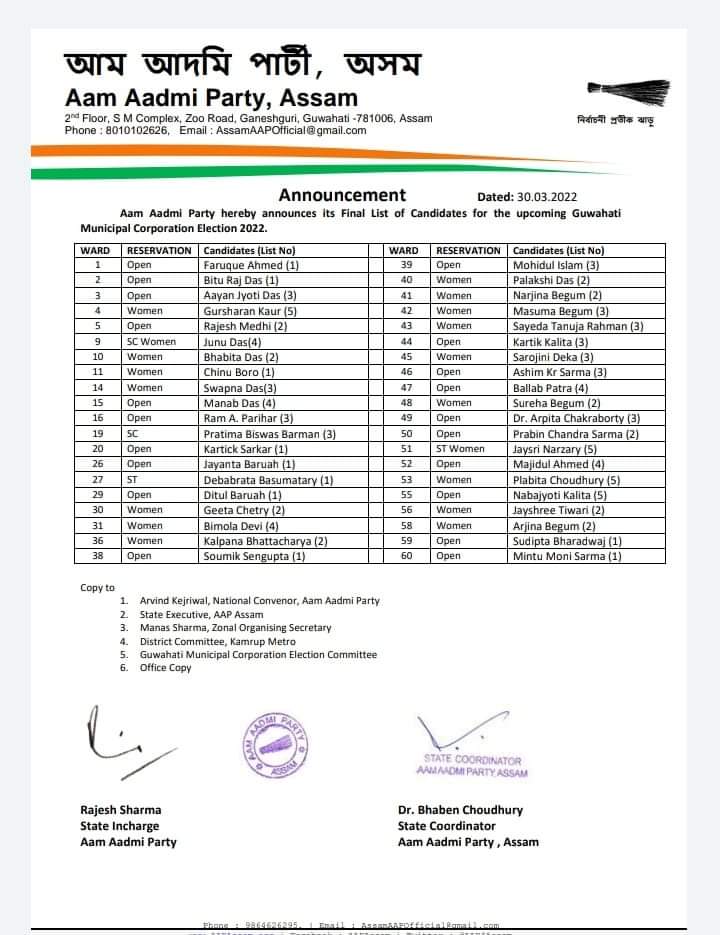 7 Oct 2014 - 6:40am | AT News
Preparations are afoot to see the total lunar eclipse along with other parts of the country. This is the second and the last lunar eclipse of the year 2014. Experts say that only the last stage of...

10 Sep 2015 - 8:45pm | Jintul Talukdar
Two minor school students died at a remote area of an Indian state of Assam when a mini bus in which they went to school plunged it a deep gorge while crossing on a narrow wooden bridge on Thursday....