Painting for conservation in Manas 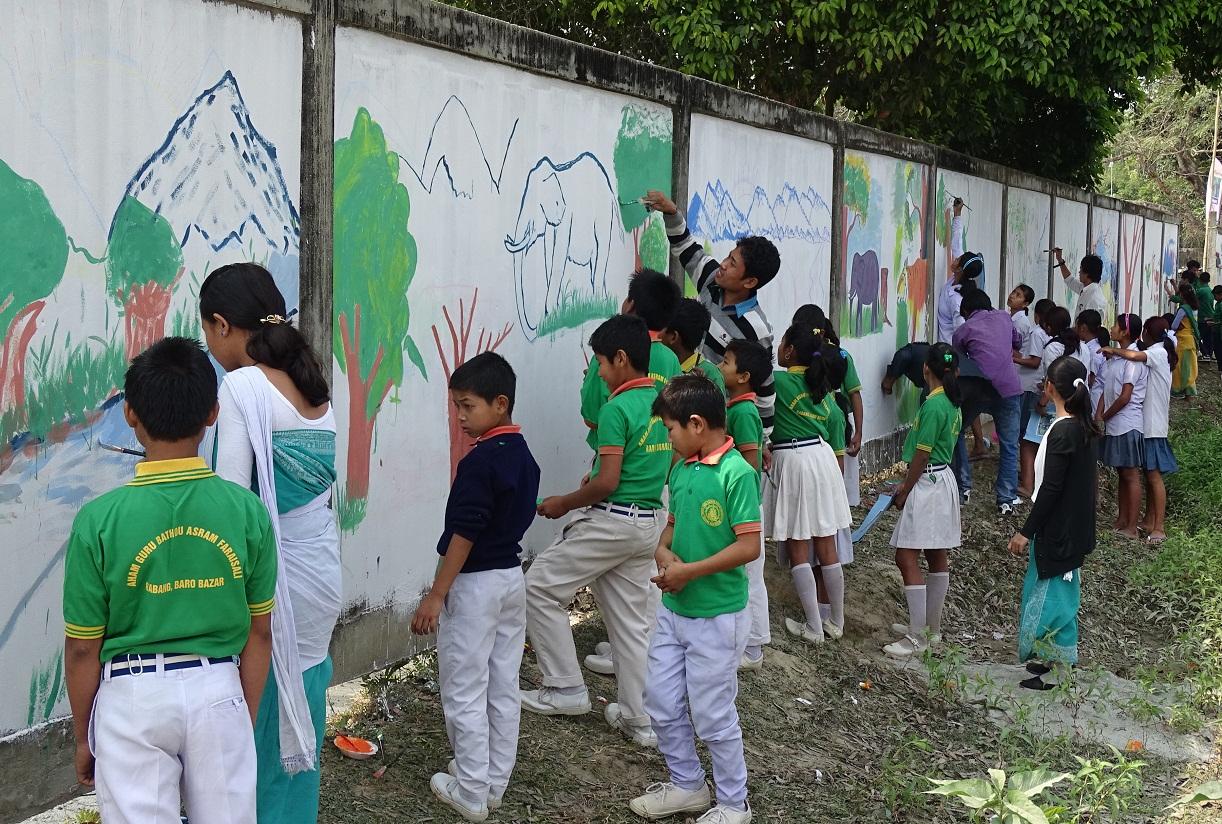 The International Fund for Animal Welfare-Wildlife Trust of India (IFAW-WTI) with support from BTC and Assam Forest Department organised a daylong event ‘Paint Manas Green’ with the students of three different schools in the boundary wall of Himgiri Bodo Medium High and M.E. School at Rabanguri, near Manas National Park of Baksa district on Saturday,14th February 2015. This is a part of the Manas Pride Campaign with the objectives to bring an attachment and belongingness to the ecological diversity of Manas among the students by the organisation.  About 600 students took part in the daylong event. Photo:Sanatan Deka/IFAW-WTI

14 Oct 2008 - 9:36pm | Daya Nath Singh
An incident of recent communal violence in Udalguri district has bred a number of questions to argue between the administration and opposition parties as well as media. The issue of Pakistani flag...

27 Oct 2014 - 12:23pm | AT News
The 1000 hour bandh has evoked mixed response in Dima Hasao district on Monday. Vehicles are normally plying on the roads in the hills district. Shops and markets, mostly, are running business....