The chief guest of the opening ceremony will be chief minister Tarun Gogoi,  while Sarbananda Sonowal, union minister of state (Ind) for sports and youth affairs will preside over the function. Guest of Honour would be Kiren Rijiju, Union Minister of State for Home Affairs in the presence of Assam sports minister Ajit Singh.

Assam and the entire North East is going to be the proud host of the Festival for the first time. Thus through these activities it will open a wide range of scope and avenues to the Youth to provide nationwide exposure for fulfillment of their cultural talents and abilities.

In addition to these there will be cultural nite starting from the 8th to 11th January, 2015. Bollywood star singers Alka Yagnik, Zubin Garg, Papon and Rock Bands from the North-East will stage live performance in different cultural nites.

All together 2500 participants including Officials from 24 States are participating in the events. For attending different events during the 5 days programme including Cultural Nites, entry passes for college students have been sent to Cotton College, Handique Girls College, Arya Bidyapith College, Guwahati Commerce College etc. 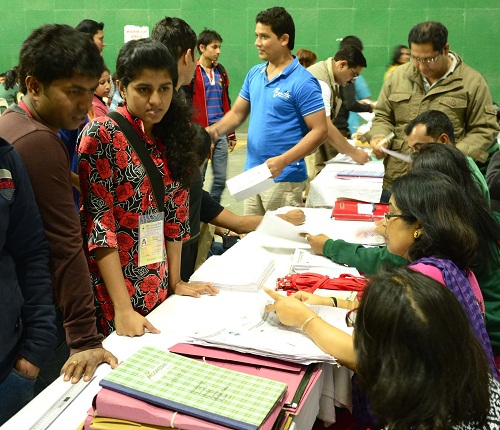 12 Jul 2012 - 5:20am | editor
The Assam government is contemplating double cropping pattern in around 5 lakh hectares from next season to help the people get out of the flood aftermath. Addressing a press conference in Wednesday...

5 Mar 2008 - 3:56am | editor
Insurgent activists are camping in some parts of the city to run the extortion drive. The Paltanbazar police have apprehended two ULFA cadres on Tuesday night near Lachitnagar while they were on the...