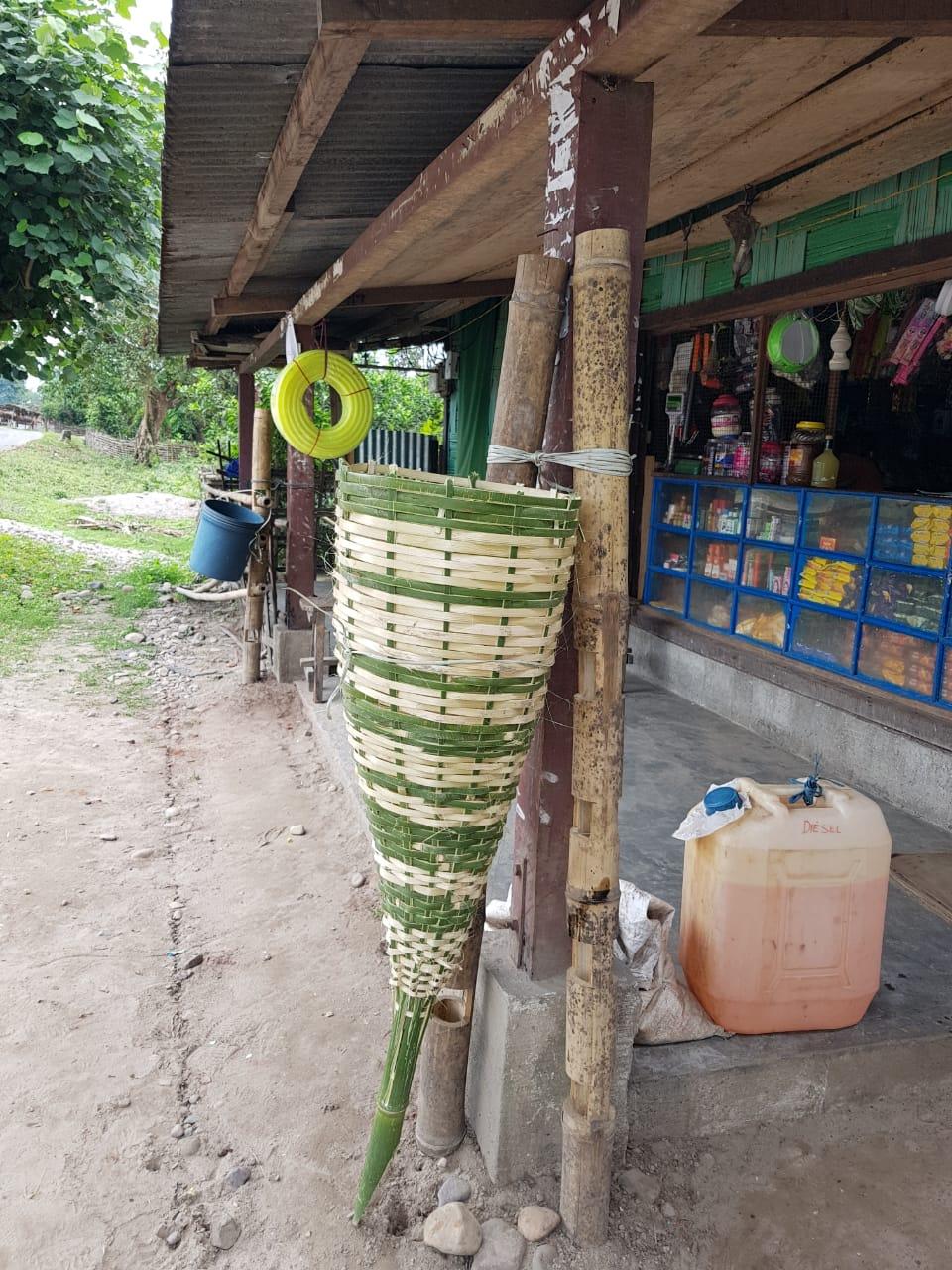 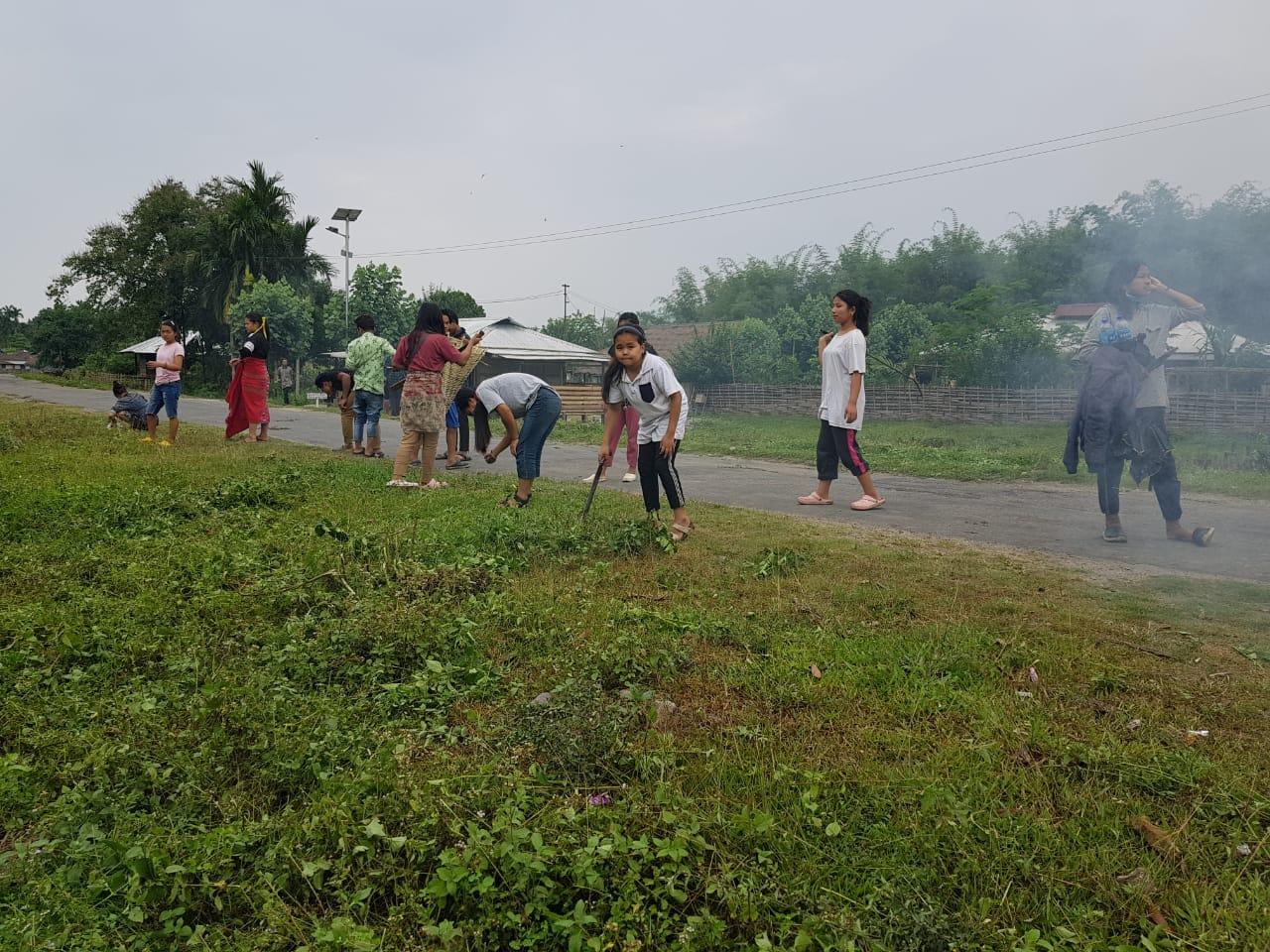 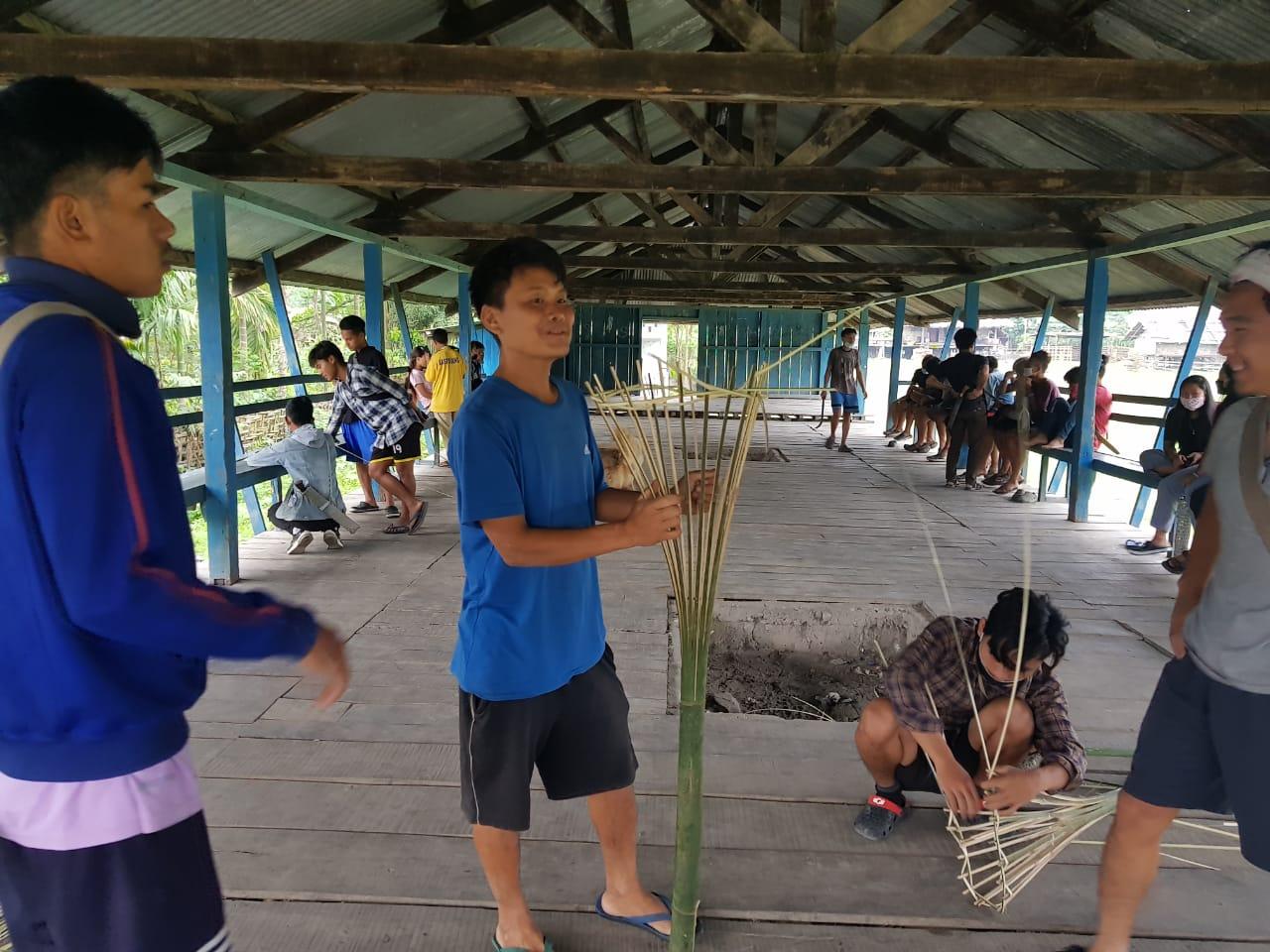 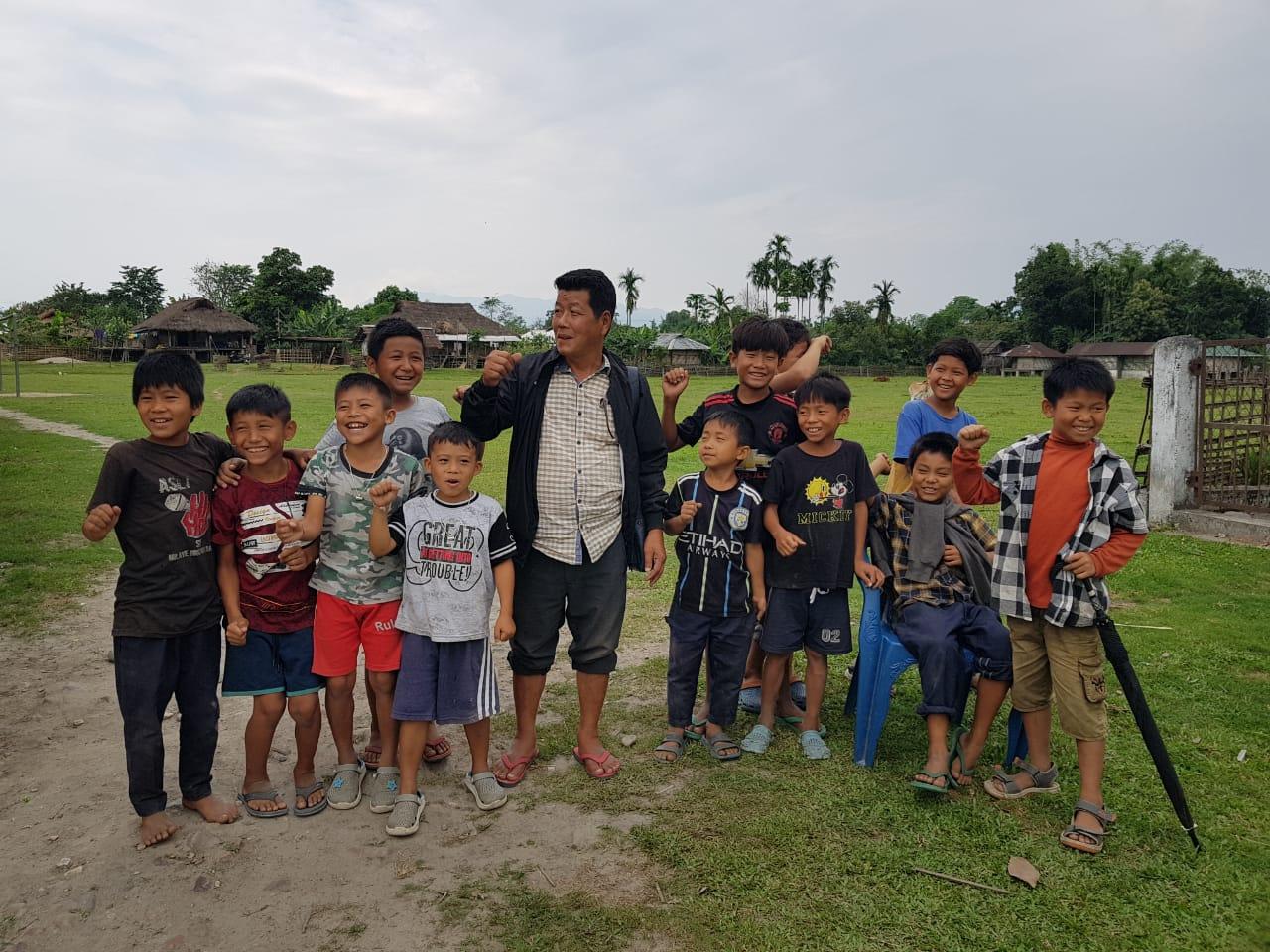 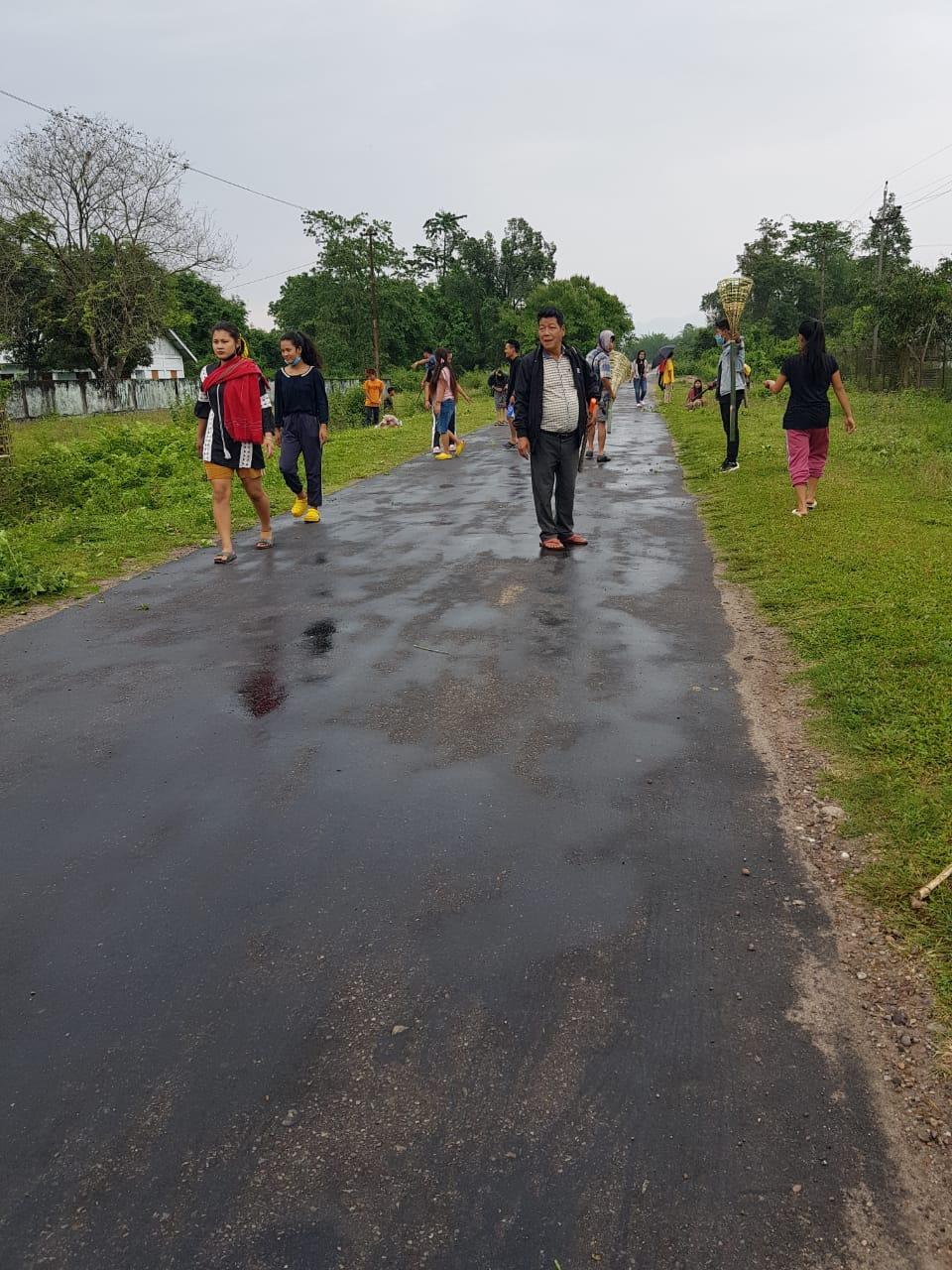 PASIGHAT: The village youths of Borguli village under Mebo Sub-Division led by Siyar Sirum (name of a same age group youths) along with three other age groups conducted a daylong cleanliness drive in the village today covering around 3 KM stretches of  roadside clearance, picking plastic  and other wastes while putting bamboo made dustbins in front of shops and community hall.

The clean drive was conducted with the motto ‘let’s keep Borguli clean, green and healthy’. The daylong cleanliness drive was started from Govt. Higher Secondary School, Borguli (Old Borguli) and continued till the end of New Borguli which covers an area of around 3 KM stretches. Besides roadside and community hall, the village playground, areas around shopping stores etc were also cleaned while putting local bamboo made dustbins in front of shops, community hall etc.

Joining the clean drive to motivate the youths, Obang Tayeng, retired Director, IPR who is a senior citizen of the village also participated in the drive and advised the youths to continue such good work to give Borguli village a fresh and cleaned looks at the lines of Silluk and Ledum village of the district which had won the first and second cleanest village of 2019-2020. Tayeng also opined hope that the village GBs, SHGs and service union of the village including other groups like Radang Sirum will join in the next drive to take forward this first step of putting Borguli village under the league of cleanest village of the district and the state while conducting intensive campaigns and considering on idea of sustainable model.

Among the youths of Siyar Sirum, Programme Chairman, Kato Tayeng, group Captain, Baro Pegu and girls in-charge, Kajol Tayeng led the daylong clean drive and they are of the view that one day the village will be known for its cleanliness