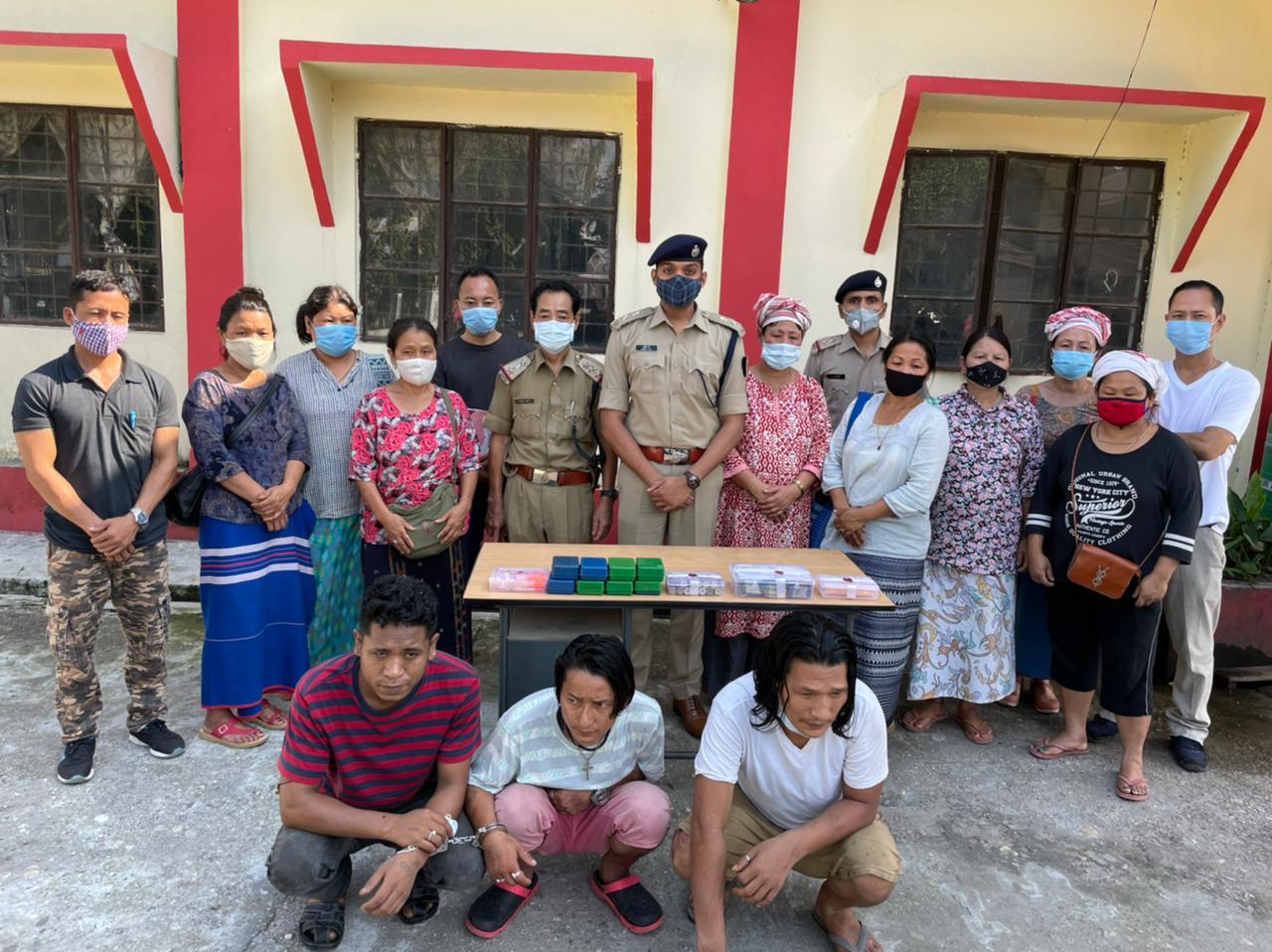 PASIGHAT: In a bid to crack down on the drug menace in the district, the Pasighat Police on Sunday last arrested three drug peddlers from Mebo with the help of information developed by Women Against Social Evils (WASE). A case has been registered against all three vide Pasighat PS case No. 57/21 U/s 21(b) read with 77 JJ Act and 25 Arms Act, informed Pasighat Police sources.

A huge quantity of contraband items suspected to be Brown Sugar and Heroine were seized from the peddlers who are drug addicts too. A cash amount of Rs 1,54,420/- was also seized from the possession of peddlers which was accumulated through sale of drugs.

As per police sources, one of the arrested persons works at a government funded NGO based in Pasighat. “We have credible inputs that the persons associated with the NGO illegally help drug addicts by supplying injections and some of their employees are involved in peddling also. We have seized a huge number of syringes (used and unused) and other incriminating materials from their possession”, added Pasighat police.

“I would like to highlight the efforts of WASE Mothers. They are working tirelessly in weeding out the menace of drugs in East Siang district. Police department salutes their dedication and sincerity towards this cause and we also take inspiration from them”, quoted sources from police.

While talking with this scribe today, the new Pasighat Superintendent of Police, Sumit Kumar Jha said that his police department has started taking due cognizance of the rampant drug menace in the district and in this connection 8 cases of drug peddling have been registered with 14 drug peddlers arrested so far within this month. “I am not going to spare such illegalities in the district and all the police personnel of police stations/outposts under the district have already been directed to remain vigil over drug peddling which is a huge threat to the society and general public in near future as more and more youths are falling prey to these addictions day after day. We have busted some of the top drug peddlers and smugglers at the top layer of the pedaling through proper and in-depth investigation. Our police team from Ruskin has even raided drug suppliers/sources from neighbouring Assam villages”, added Jha.

Meanwhile, Women Against Social Evils activities who have been working and fighting all these years against drug menace in the district have said that, the new young Supt. Police have shown the way by making successful arrests of some dreaded drug peddlers. “We have been wanting and expecting the police department to act tough against the drug menace in the district for a long time. But due to weaknesses and uncommitted and halfhearted action from police, the menace was not getting restricted, rather its graphs of uses and peddling had gone up too high. But this new SP has started taking action on his personal interest after seeing the ground reality, and without our help and assistance 5 major drug peddlers were also arrested recently under the initiative of Supt. of Police, Sumit Kumar Jha”, added Yamik Dulom Darang and Joya Tasung Moyong, President and General Secretary, WASE respectively today.

It is worth adding here that, Superintendent of Police, Sumit Kumar Jha is a young IPS officer of 2017 batch AGMUT cadre. Before posting here at Pasighat a month and half ago, Jha was posted at Seppa and some other places where he had played appreciable policing. In his message to the people of East Siang district, Jha has appealed to every individual and civil society to come in support of the police to eradicate drug menace from the district. He has also appealed to the public to cooperate in law and order maintenance of the district during this covid pandemic by abiding with the covid appropriate behaviors following the curfew and other restriction of public movement to contain the further spread of the coronavirus. 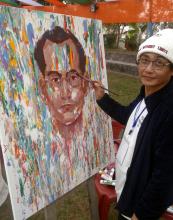