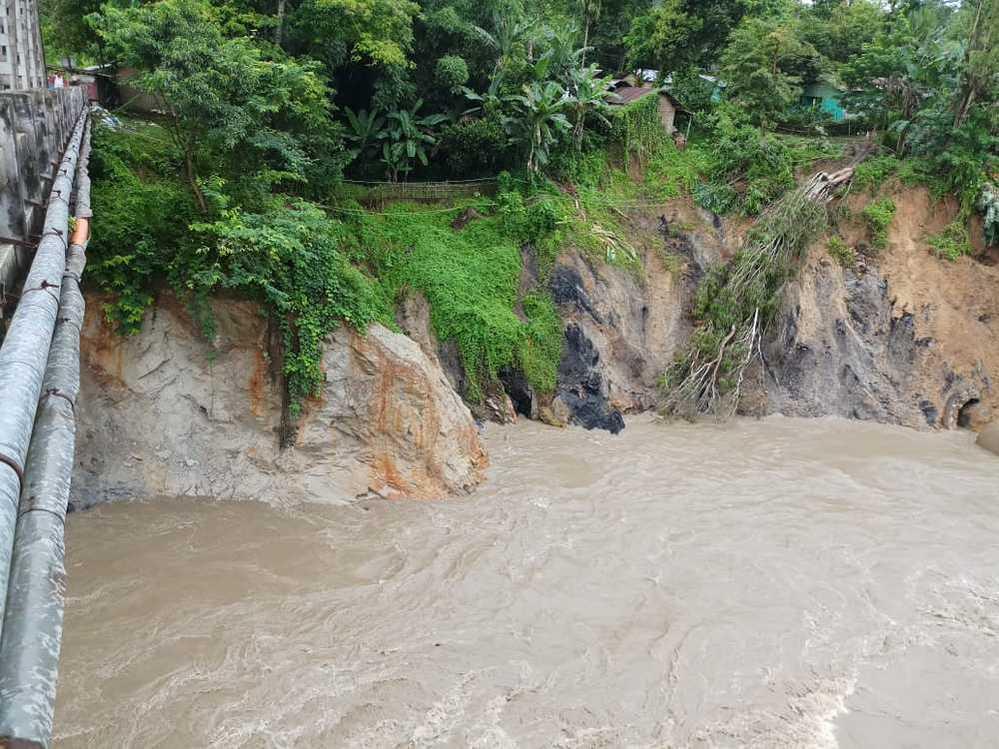 NAMRUP: The heavy rainfall and the increase in the water level of river at Namrup in Dibrugarh district has posed serious threat to the local residents in the area. The continous downpour has gripped the whole region of Namrup in flood and with that the water level has also risen in Namrup Dilli River. It is notable that there are two reserve forests at Patkai hills, namely, Charaideo  district Dilli Reserved Forest and Dibrugarh district Jeypore Reserved Forest and these reserved forest are divided by the Disang river.Now this Disang river by entering the downstream passes between Dibrugarh and Charaideo districts near Dillighat and after that it is named as Dilli river. The continous heavy rain has led to rise in the water level of the river causing serious threat to the only bridge over the river that connects the two districts of Charaideo and Dibrugarh. A resident of Dillighat, Tilu Lahon said, “This is the only bridge which is connecting Dibrugarh district and Charaideo district. If this bridge would be washed away by the powerful current of the river then connectivity between people of the two districts will be snapped.” Currently due to high rainfall and the strong water current, the  banks of the river have started to erode posing serious threat to the bridge.

NFDB - NERC organises programme on fisheries for students in Raha

22 Dec 2021 - 6:44pm | Dibya J Borthakur
RAHA: A day-long awareness programme on fisheries for school and college students was organised by the National Fisheries Development Board (NFDB), North East Regional Centre, Guwahati, at the...