Speaking on the Occasion, Paresh Badyakar said," This type of activities with studies enable's children's to explore more and they get to know their area of interest."

The meeting was presided over by Lecturer of Ajmal College Jyoti Hazarika, where all the children's participated in this 7 day's workshop were presented with  a Certificate.The teacher's who contributed in organising this event were Sagorika Mahanta,Ardhana Sharma and  Smt. Nath.

The teacher's who contributed in organising this event were Sagorika Mahanta,Ardhana Sharma, Smt. Nath.

Notably, For the first at Hojai trainer from Mumbai were present in this type of event in Hojai. 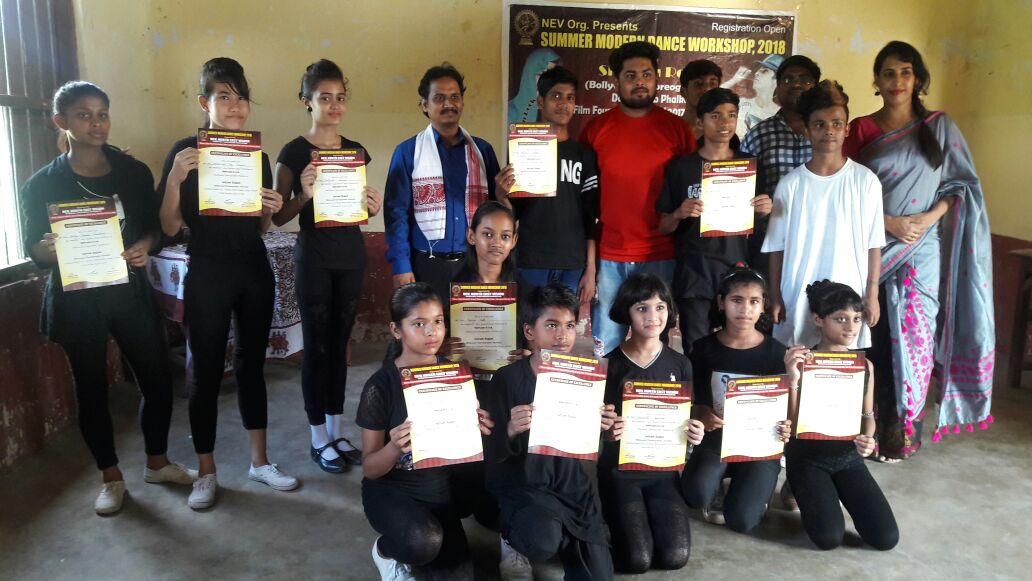 13 Jun 2008 - 9:13pm | editor
Congress president Sonia Gandhi says the farmers across the country are heaving a big sigh of relief as the UPA Government has announced a huge Rs 70,000 crore package.Addressing a mammoth gathering...

29 Jul 2015 - 9:14pm | AT News
Chief Minister Tarun Gogoi has asked chief secretary to set up a panel to formulate a slew of measures to protect and preserve the historical monuments in the state. According to official sources,...

22 Aug 2012 - 9:27pm | editor
Once again Merapani falls in the deep grip of tension when unidentified miscreants burnt down a house on Tuesday. The incident took place at Garhbasti along the Assam-Nagaland border where owner of...
Follow @Assam Times