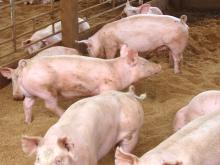 23 Jul 2021 - 9:28am | Nayandeep Kalita
Assam is a well known place for all the pork lovers. If we only talk about north-east, there are many star entrepreneurs residing in this area because of pig industry. Therefore, the state is now the...