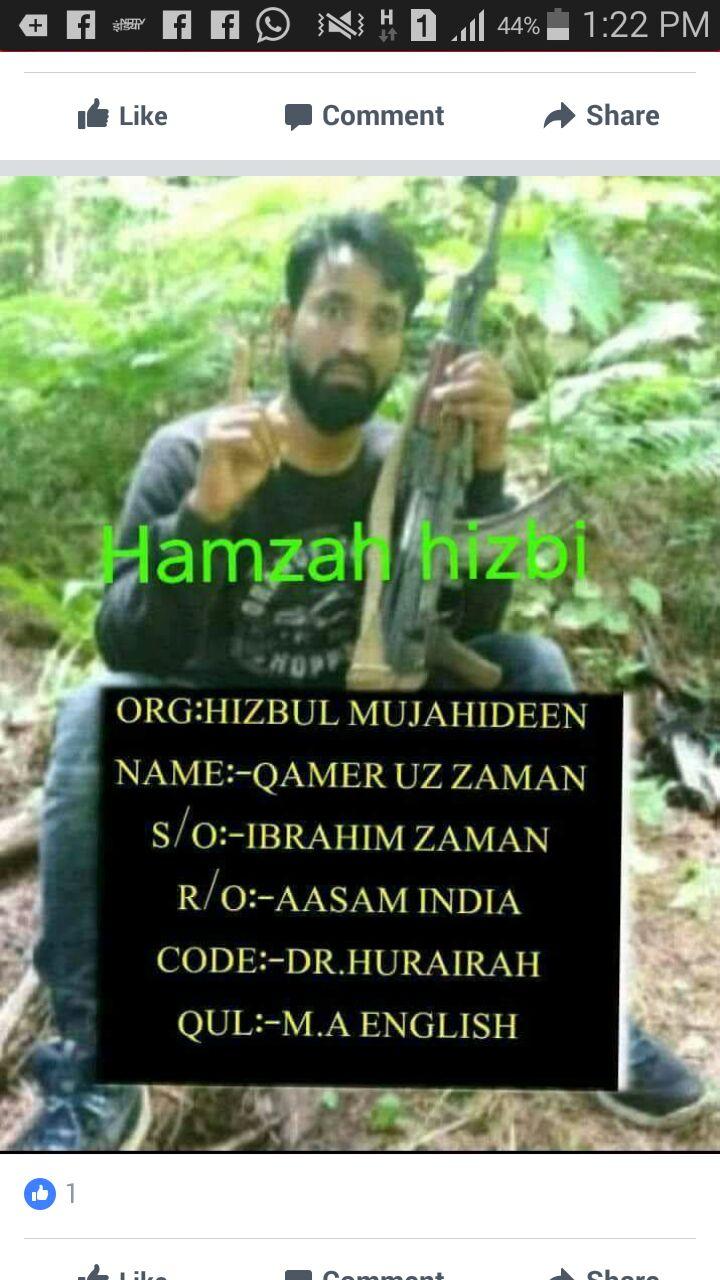 HOJAI/GUWAHATI: A youth from Hojai is learnt to have joined Hizbul Mujahiddin leaving the entire country in a state of shock and anger since it is a grave threat to the country's internal and external threat.

Popularly known as Qamer Uz Zamman, son of Ibrahim Zaman, the local resident of Jamunamukh has been remaining incommunicado from his patents for the last one year.

Only on Monday his photograph confirming as the member of the notorious fundamentalist group operating from Pakistan and Bangladesh has gone viral in media.

Talking to media his mother said that he is not in the know whether her son has joined the outfit since he has been remaining untraced.

“If this boy in the photograph is son of mine he should be shot dead like anything. I won't touch the body. Even I won't allow the body to enter into my house premises. Hd is not my only son. I have five others,” said his mother.

12 Apr 2012 - 12:27am | editor
A mild tremor struck Assam triggering fresh panic among the people on Wednesday. Tremors were felt at around 2-16 in the afternoon across the state. There was, however, no immediate report of...

29 Mar 2010 - 6:57pm | editor
A simmering political mercury over the recent Rajya Sabha polls has forced the adjournment of the House twice in 30 minutes on Monday. it All these began when the opposition party MLAs disrupted the...