Hojai: Hojai MLA Shiladitya Dev blames it all on the erstwhile Congress government in Dispur for the scarcity of potable water in the district.Addressing a press conference in Hojai on Sunday Dev said the public health engineering department undertook a huge scheme in 2007-08. But it has yet to see the light of the day.The reason behind this is nothing but rampant corruption. Corruption has resulted in the delay in the execution of the schemes and the people are made to bear the brunt, said the legislator.He said the BJP-led government in Dispur has completed two years only. “Even after two years we have not been able to clear it since corruption gripped in the technical level and it would take time to remove it,” said he said.According to him, the government focuses a pace of corruption-free development. “Since the workers of Hojai Municipal Board have been relentlessly working for the last one year, we hope  within the next one year every road of town will be developed. We are planning for  parks in the town, a clock tower,” said the MLA who attended a function to mark the Annual Day of Hojai Municipal Board.Earlier Krishna Saha, Head Assistant of the municipal body was felicitated acknowledging his sincere performance during the financial year 2017-18. 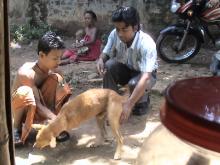 2 Apr 2015 - 9:45pm | SK Hasan
ONGC Assam Asset fears major disruption in its functionings following the ongoing strike of the motor vehicle labour union. In a press release on Thursday, it said that it was ONGC is not...