The comeback of congress to regain power for the third time in Assam under the leadership of Tarun Gogoi was not at all unexpected, but the margin of the result was unexpected by and large. The Big question is how the congress managed to get seats even beyond their imagination. The last time before the counting APCC president, Bhubeneshwar Kalita's prediction was 70 seats and Assam Chief Minister Tarun Gogoi,s prediction was 65 to 70 seats. But the people of the state had more surprise for the congress that no one had imagined; Exit polls had feared to cross the mark of 70 presuming it would be bias to go beyond the limited mark. Congress party workers at Rajiv Bhawan were stunt to see the seats keep increasing till the last moments, many exclaimed with joy "What’s Happening"? “Aru eta pale….” Some people did felt pity for the AGP's tragedy.

The opposition had earlier expressed their doubts about EVM tempering after the poll outcome and even before the election was held. Putting the allegation of the Opposition aside, this election was free and fair and there is no denying. The hardest truth about this election is that the people of Assam had to see the waning of the AGP and rise of the AIUDF, as the main opposition now. Both the parties were born out of sentiments and somehow the Assamese sentiments have failed to elevate to the expectation of the people and in contrast the AIUDF still holding its ground tight. I don’t know how the floor of the house would look like in the next assembly session, but I know many would like to be present to witness the new setup. However Tarun Gogoi, says, he wants a strong opposition for a healthy democracy. But the opposition being marginalized not much can be expected in the days to come. Congress will have a free hand and the people will have to depend totally upon the wisdom of the Congress Government. A lot of expectations and in the days to come from the congress government but not minus pessimistic thoughts.

The globalization has minimized the emotion and sentiments of the people in general and materialism has taken over. Materialism in the sense of rapid development, attractive schemes, beautiful things around, bonus and individual profits for the ever needy people. The computer scheme for students, laptop’s to the journalist, schemes for women, cash for patients, tractors for farmers and bicycles and so on, the congress had delivered to the people, so what if corruption takes place. After all Tarun Gogoi has openly said that corruption will go hand in hand with development. Thus more development schemes the more corruption. AGP till the other day was still hoping to ride high on the sentiments and emotion of the Assamese people, practically they were dreaming. The people had long ago buried their emotion in the sea bed and the poor opposition was kept at bay by the people because of their poor role. People need profit and it doesn’t matters how it comes. The next day after the election was over a young neighbor of mine newly appointed in Battalion service, said I want the congress to come back because I got a job. I asked how much he had to pay, he promptly replied around 1 lakh and he doesn’t seem to regret at all about the corruption involved in getting his job. He said that once he can get his transfer to Guwahati in some Police station he will somehow manage to make up his loss, money paid to get the job. So corruption doesn’t play a major role in wooing voters unless some amount of profit is paid back. This has happened in the state of Assam in this election. Of course the credibility of opposition had always been a Big Question mark fro the people of the state.

This 2011 election has proved that the people in the state have overlooked the issue of corruption and with record breaking mandate corruption has got a boost. It is the people’s mandate for development and corruption. Today people are mentally prepared for a 50-50 deal even 30-70. I mean to say 50% work and 50% corruption even then we will progress. So it is less concern to the people if the state of Assam if the state finds its place in bottom place in the development progress card of the country. Who cares about large scale corruption unless one is getting even one percent of benefit. Why should a poor man worry about corruption in the NREGA until he gets wage of Rs.80 to 90 or so, few grams of threads for weaving or blankets or some bucks to vote? For people in the villages it hardly holds any good to talk about corruption of Rs.1000 crore, or Big Dam, or 2G spectrum. Why a poor voter should take headache about what is 2G scam or Commonwealth game scam.

My brother a graduate doesn’t know what is 2G scam or NC Hill scam or Big Dam issue, nor he is bothered about these at all, so whom did he vote? The answer is simple. But he knows about the “KALPATARU” scheme and doesn’t mind paying Rs. 2000 to get Rs. 5000, and what to do with the money, just get a pair of good Jeans or woodland shoes, and he is happy to vote the congress and wait for another scheme. So paying of Rs.2000 is no corruption for him because he has got some benefit. Most of the people today have to pay bribes to get a Government Job and no one minds. It hardly maters how fairly one got the job, but anyway something good has happened. Its better to have something than to have nothing, and the saying holds good for the people of Assam, (Nai Mumai koi kona mumai Bhal) Its better to have a blind uncle than not to have one. Our Assamese proverbs are meant typically for the Assamese people. “Lahe Lahe” (Slowly slowly) is another word we love to say and addicted to it. Slow progress is acceptable in the state of Assam and the congress government had maintained the slow pace of works and the people are happy. After all we are not in a hurry to run fast cars in the four lane roads. We are not in a hurry to reach the office on time so why bothered about traffic jams. We can give an excuse when there is a flash flood in the Guwahati city, schools closed, offices have low attendance and we are happy.

Finally we are now happy to see AIUDF as the main opposition in Assam Assembly and we deserved it. The backwardness of the state of Assam is because we deserve it and no reason to blame it to Delhi. The development of the states of Punjab and Gujarat, Sikkim and Tripura is because the people deserve it. Tripura has the best record in the country in implementing the NREGA scheme without any major corruption and the state of Assam is the worst in implementing the NREGA scheme with huge corruption, but we are happy because we get Rs.90 just by working four hours to five hours in tortoise speed. Why should people bother about any corruption charges?

With the election results out the political rivalry speech has little to do with the public, In one sense“STARWAR” is over but now a new war has just begin, Its the “MEDIA WAR” One media taking the other Media in the battle field to prove their “HOLINESS” and with more and more News Channels coming up in the state many more wars are expected.

The fact that congress had done a hatric will not disturb the opposition from a few days from now, but a few questions will keep disturbing the people of the state un-till the next election. Will the AGP survive? Will the AIUDF play another big role next time? Will the congress remain the undisputed leader of the ring for more long time? Its only time that will give the perfect answer to these few questions, however for sure these 5 years wait will be as long as fifty years for both the people in general and the media too. But for the timing its mea culpa for the AGP president and for the congress its“Viva-La Tarun Gogoi.”

Permalink Submitted by Pallavi Barua on Sun, 15/05/2011 - 16:39
Whatever be the results, during this election, the people of Assam got to see the true colours of Prafulla Kumar Mahanta and Asom Gana Parishad (AGP). The flirting of Prafulla Mahanta with Bangladeshi migrants' agent Badruddin Ajmal and his party AIUDF, has wiped out any iota of trust the Assamese peoples had in AGP. Leaving aside corruption charges, I appreciate Tarun Gogoi for keeping first cousins the BPF close and keeping illegal migrant pary chief at a distance. As for corruption, AGP, BJP and AIUDF are no saints. They are just looking for a chance. Once in hot heat, they will be even more corrupt as proved by their earlier records.

Permalink Submitted by Rothin Kachari on Sun, 15/05/2011 - 19:20
AGP is a party of TRAITORS. They cheated the people of Assam. They came to power to drive out Bangladeshis and after they got power, they danced with Bnagladeshis. Shame on AGP Ask each AGP minister how much corrupted they were during their 2 terms of government. Chandramohan Patowary pocketted crores as agriculture minister. He promised power tillers and tractors for farmers. With the money sanctioned, no farmer benefitted. All money went to AGP coffers and AGP workers looted the money. So this opposition can not speak out against Congress as confidently as Farmer Leader Akhil Gogoi.

26 Jan 2009 - 2:14pm | editor
A down to dusk is what marks the 60th Republic Day in Assam on Monday. All sorts of vehicles are off from the road. Business establishments across the state are remaining closed as the rebel outfits... 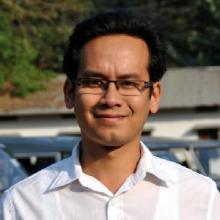