The Central Administrative Tribunal has scrapped the appointment of Sankar Prasad Baruah as the Assam police director general. The tribunal has further asked the Assam Government to appointa new police chief within a period of one month.

The significant order came up on Friday when CAT was delivering its final order on senior additional director general Sarada Prasad who challenged Baruah’s appointment as DGP violating the seniority rules.

The CAT, however, has asked Barooah to continue his office until the government makes an alternative arrangement. The Assam Government appointed Baruah as DGP reportedly at the intervention of Chief Minister Tarun Gogoi in July last year where Prasad approached the CAT challenging the appointment.

Permalink Submitted by Raktim on Tue, 16/03/2010 - 17:40
This is a nice example of consciousness of the citizens. Here we should also look into another govt posting. Why has the CM of Assam Tarun Gogoi posted a flop actress and TV anchor who travels around the world on govt money by the name of Bobbeeta Sharma as the Chairperson of the Assam Film Development for more than 6 years when so may experienced and genuine filmmakers are deprived of the position? An enquiry should be demnded in this context also.

Where is Gopi Das? 3 held

20 Sep 2015 - 8:40am | AT News
The Hatigaon police have arrested three youths and charged them with keeping Gopinath Das at an undisclosed location who is wanted in connection with a rape case. Picked up from their residence at... 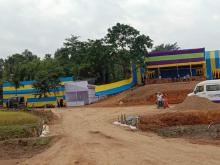