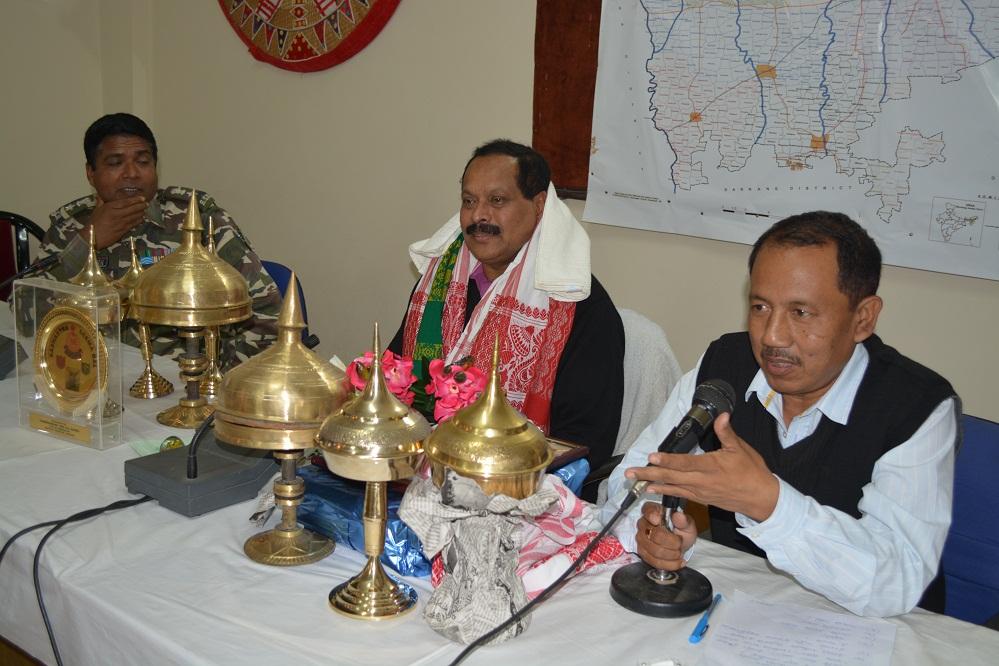 A hearty farewell has been offered to Thaneswar Malakar who after completing tenure as the 5th DC of Udalguri. Thaneswar Malakar, a well known litterateur and writer with his unique writing skill, at the same time have earned a high reputation for his people friendly administration taking the administration to the doors of the people living in the far flung rural areas of the district. Taking over the charge from his predecessor Suttumali Subbaiah Minakshi Sundaram on November 8 of 2010, Malakar has been successful in winning the hearts of the people particularly of the different students unions. His administrative measures, that too with a tough hand in the difficult situations, has helped in ensuring the law & order situation for which, with a common effort and initiative, the probable group clash in 2012 could be averted.During his tenure as the Deputy Commissioner in Udalguri, he was awarded the Axom Xahitya Xabha sponsored Hem Barua award for travelogue in the Barpeta Road Session, Ananta Das memorial award in Barpeta and Dalita Sahitya Academy award in New Delhi.

In a meeting organized in the conference hall of the Deputy Commissioner’s office recently presided over by Additional Deputy Commissioner Dibakar Doley, the officials and employees of the district administration and a number of leading citizens, media persons and office bearers of All Bodo Students Union (ABSU) and All Assam Minority Students Union (AAMSU) offered him a heartfelt farewell. Dipen Boro of ABSU, Jakir Hussain Chowdhury of AAMSU, Commandant of 37 SSB Om Prakash, media person Jayanta Kumar Das, Rewati Raman Sapkota and Bhargab Kumar Das, Dr,. Ganesh Brahma, District Media Expert of NRHM Chanda Singh, Chandi Basumatary and Pramod Brahma of DC’s office, Circle Officer Dithakananda Hazarika, Election Officer Nabadip Pathak and newly joined Extra Assistant Commissioner Saifudullah Khan in their speech described him as a people friendly administrator. Nazir of DC’s office Munin Sarma while anchoring the meeting spoke on the writing skills of Thaneswar Malakar to depict the life and works of the very common men of the society. Appreciating the cooperation, support and help towards the district administration, out going Deputy Commissioner Thaneswar Malakar expressed his gratitude to the people of Udalguri including various organizations and shared his experience of administration. He also requested all to extend more cooperation to the newly joined Deputy Commissioner. Mention may be made here that Director of Scheduled Caste Welfare department Sadhana Hojai-an officer of Assam Civil Service from Dima Hasao district will join as the 6th Deputy Commissioner of the district on Monday. 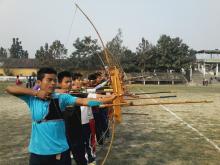 31 Jan 2016 - 6:13pm | Hantigiri Narzary
A two-day scheduled programme of the 11th All Assam Inter District Junior Archery Championship,2015 has gets underway from today at KDSA ground in Kokrajhar. Nearly 100 participants from 15...

28 Aug 2017 - 10:03pm | Dibya J Borthakur
More than 500 former ULFA rebels took out a huge torch rally in Raha hours after the 12 hour long local bandh passed off peacefully in protest against the Nagaon incident where a trader and his...