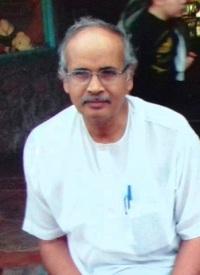 Noted astronomy advocate of NE and secretary of Pragjyotish Amateur Astronomers Association, Guwahati Planetarium Uday Narayan Deka breathed his last in the ICU in International Hospital, Guwahati on Thursday at 12.20 am. He had been suffering from kidney related ailments for last twenty days.He was born on September 8 in 1944.He had been working in RBI in Mumbai for twelve years till his joining in RBI Guwahati branch as a Manager.During his stay in Mumbai,he was elected as the Hony. Treasurer of Bombay Amateur Astronomers Association.In 2002 he was elected as the secretary of the Pragjyotish Amateur Astronomers Association,Guwahati Planetarium.He was responsible for organising village level astronomy workshops in Assam as well as in other states in NE.He was also closely associated with Assam Science Technology & Environment Council,(ASTEC),Guwahati, Assam Science Society and Regional Science Centre, Khanapara.He was instrumental in arranging more than two hundred astronomical telescopes given to Aryabhatta Science Centres in Assam by ASTEC.He was cremated in Nabagraha crematorium this afternoon.Dr.Arup Kumar Misra,Director,ASTEC; Prof.Anil Kumar Goswami,former Director,ASTEC; Dr.Chandrarekha Mahanta,Vice president, PRAG;Babul Bora,Curator, Guwahati Planetarium etc had attended the funeral and offered floral tribute to late UN Deka who leaves behind his wife and two daughters.

25 Feb 2014 - 3:04pm | AT News
Congress vice president Rahul Gandhi has stressed women and youth empowerment to ensure sustainable development of the country.Addressing a hug rally in Guwahati on Tuesday, Gandhi talked of...

Archers who proved their brilliance

6 Mar 2011 - 6:35am | Abdul Gani
She displayed tremendous mental power during the nerve-wracking final in Archery recurve during the national games in Jamshedpur. The Assam girl faced the hostile atmosphere to down the...