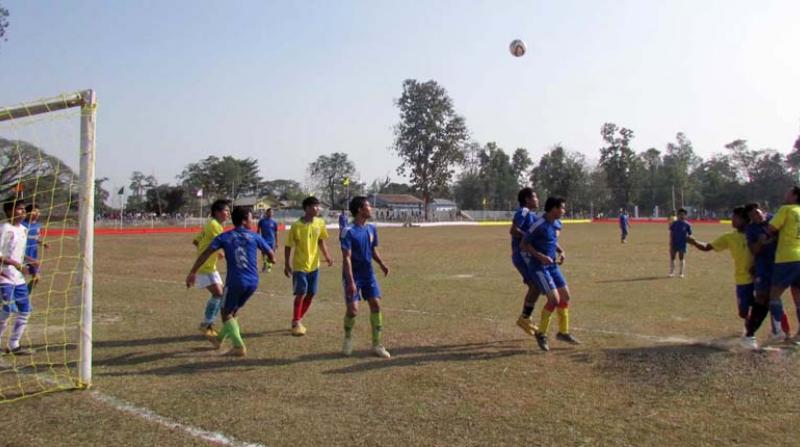 With the aim of spreading awareness on the plight of Asian elephants and the need for their conservation, International Fund for Animal Welfare -Wildlife Trust of India (IFAW-WTI) in collaboration with the Assam Forest Department and Bodoland Territorial Council (BTC) has been organising a three-day long football tournament in Kochugaon of Bodoland in Assam. The football tournament was started on Tuesday (11th February 2014).

The “Asian Elephant Football Tournament 2014” organised by IFAW-WTI  is an attempt to strengthen the links between the Forest department –Local Community-NGOs –Media, along with other like minded organisations and individuals to save the Asian elephants of  Ripu-Chirang Elephant Reserve of BTC.

The tournament is played among 12 teams from different fringe villages of Manas National Park, a team representing the National Park, members of the Wildlife Division of Kokrajhar along with personnel from the media come together to take part in this football tournament, especially curated to promote appreciation and conservation of Asian elephants in the landscape. A signature campaign for securing the wildlife in the region along with cultural activities is also a part of the conservation initiative, simultaneously running with the tournament. 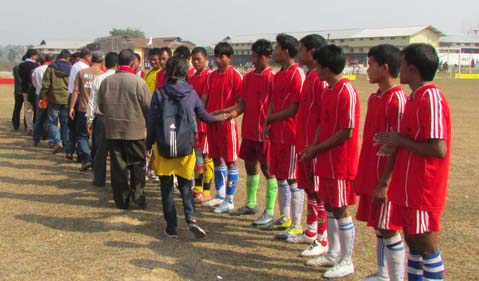 According to Sabharam Basumatary EM, BTC, "It is good to be a part of Asian Elephant Football Tournament Awareness campaign with IFAW-WTI. Each one of us should help to spread the message of wildlife conservation to the upcoming generation.  Elephants are very significant species that play important roles in the ecosystems in Wildlife. It is our responsibility to save these majestic animals that are fighting for their survival in Assam and rest of the country.”

IFAW-WTI has been working in the Greater Manas landscape for the past 8 years with the BTC and Assam Forest Department involving the local authorities. One of the primary activities of IFAW-WTI is to help spread awareness amongst the locals on key issues related to the conservation of endangered species like the elephants.

“Poaching along with degradation of habitat and other anthropogenic pressures has left these pachyderms more vulnerable than before to extinction and it becomes vital to involve all communities. Conservation simply cannot happen without their support, especially in a landscape like Manas which has been fraught with civil disturbances for a few decades now”, said Dr Bhaskar Choudhury, Regional Head of Assam for WTI.

M C Brahma, DFO (Wildlife Division) along with Prabhat Basumatary, ACF and S. Kundu, Range Officer of Kachugaon were also present at the inaugural ceremony along with other well-wishers and nature lovers.

With approximately 25000 elephants left in India and only an estimated 5600 elephants in Assam, the need to help save this species is greater than ever.